'Money Heist' Title Meaning; What Was Changed In The Translation?

What's the true Money Heist meaning? We were all hooked by the "Professor's" meticulous and brilliant plans in the hit Netflix series Money Heist. The Spanish series sucks you into the lives and plans of the characters who commit these impressive heists! The plot, personal lives of the cast, and the upcoming seasons have been talked about ad nauseam but have you asked yourself: Why is the show called Money Heist? The title was greatly altered in translation, so we will explain the true Money Heist meaning.

What is the real Money Heist meaning? Money Heist is the Spanish series that everyone has been talking about and has become one of the most-watched fiction series on Netflix. The four-season show deals with an incredible and brilliant attack of the Royal Mint of Spain and the Bank of Spain by a gang of incredibly intriguing criminals. What happened to the title in the translation? Why is it so different?

Money Heist's meaning has more depth than the translation allowed. The original idea of the series surrounds "The Professor" recruiting a group of impressive robbers who have nothing to lose to rob the Royal Mint of Spain to brilliantly print €2.4 billion in legal bills. 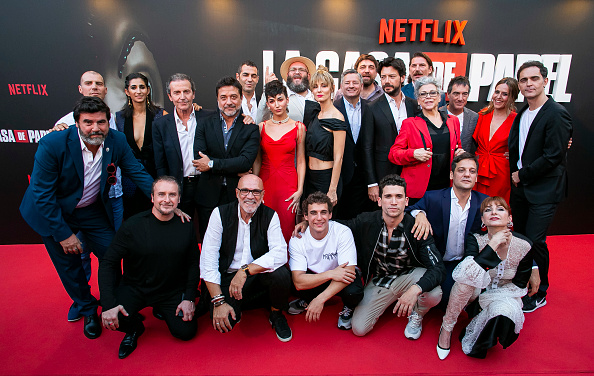 The create this impressive story, the filmmakers modified the first chapter more than 50 times until a story was left that demanded the full attention of viewers around the world. The title of the show went through a similar process. Originally, the series title was going to be Los Desahuciados which translates to The Evicted, because all of the protagonists were going to be people having their homes are being taken from them. As time went on the showrunners decided to go with a more enticing title: La Casa De Papel, which translates to The Paper House.

'Money Heist': This Is Miguel Herrán

This was an obvious yet clever adjustment because of course, the characters were going after a place that prints and stores bills and is also a surprisingly vulnerable building. The English translation may have been too similar to the smash-hit series House of Cards because the title was changed to what we know it as, Money Heist. And that is exactly what the show is about, a Money Heist!

Money Heist (a.k.a. La Casa De Papel) will conclude in its fifth season and which is sad for the millions of fans worldwide but we are confident that the ending will not disappoint! We cannot wait to see what surprises "The Professor" and his team has in store for us and we are happy to know the true Money Heist meaning!