Matthew Lewis played one of the most memorable characters with arguably the most growth in the Harry Potter series, "Neville Longbottom." Now he is opening up about why it's hard for him to watch the films.

All Harry Potter fans know who "Neville Longbottom" is. Now the man behind "Neville", Matthew Lewis, is all grown up now and has a difficult time getting himself to watch the series.

Matthew Lewis played timid, shy, and bullied "Neville Longbottom" in the Harry Potter franchise. His character grew into an impressive and brave young man as the movies continued. Dancing when the other boys were too afraid, immediately joining in to help his friends when danger came, and standing up against the greatest evils.

"Neville" even bravely stood up to "Lord Voldemort" himself in the final film when no one else would. He even took care of the remaining Hogwarts students in danger when the core "Potter" trio was on the run from "Voldemort" and hunting horcruxes.

"Neville" is now strikingly good looking and confidant 31-year-old Matthew Lewis. He has gone on to star in vastly different roles in films and shows like Wasteland, Me Before You, and Ripper Street.

He just spoke with The New York Times saying, "I find it quite difficult when too much of me starts to come through in a character. It's easier when I can play someone completely different, like a police officer in London or someone who's wealthy."

"At times it's painful how much of me there is in Neville. When I'm watching, I'm like, 'That's not Neville; that's you.'"

Rupert Grint Opens Up About Fatherhood, Says He Quit Smoking

David Yates, the director of the last 4 Harry Potter films spoke fondly of Matthew and "Neville's" growth. "[Matthew] became more confident, more curious, more present as the films progressed. And more ambitious." Yates even spoke of a scene that was written just for Matthew and did not come from the books where "Neville" blows up the bridge into Hogwarts to slow down "Voldemort's" army of murderous "Death Eaters." 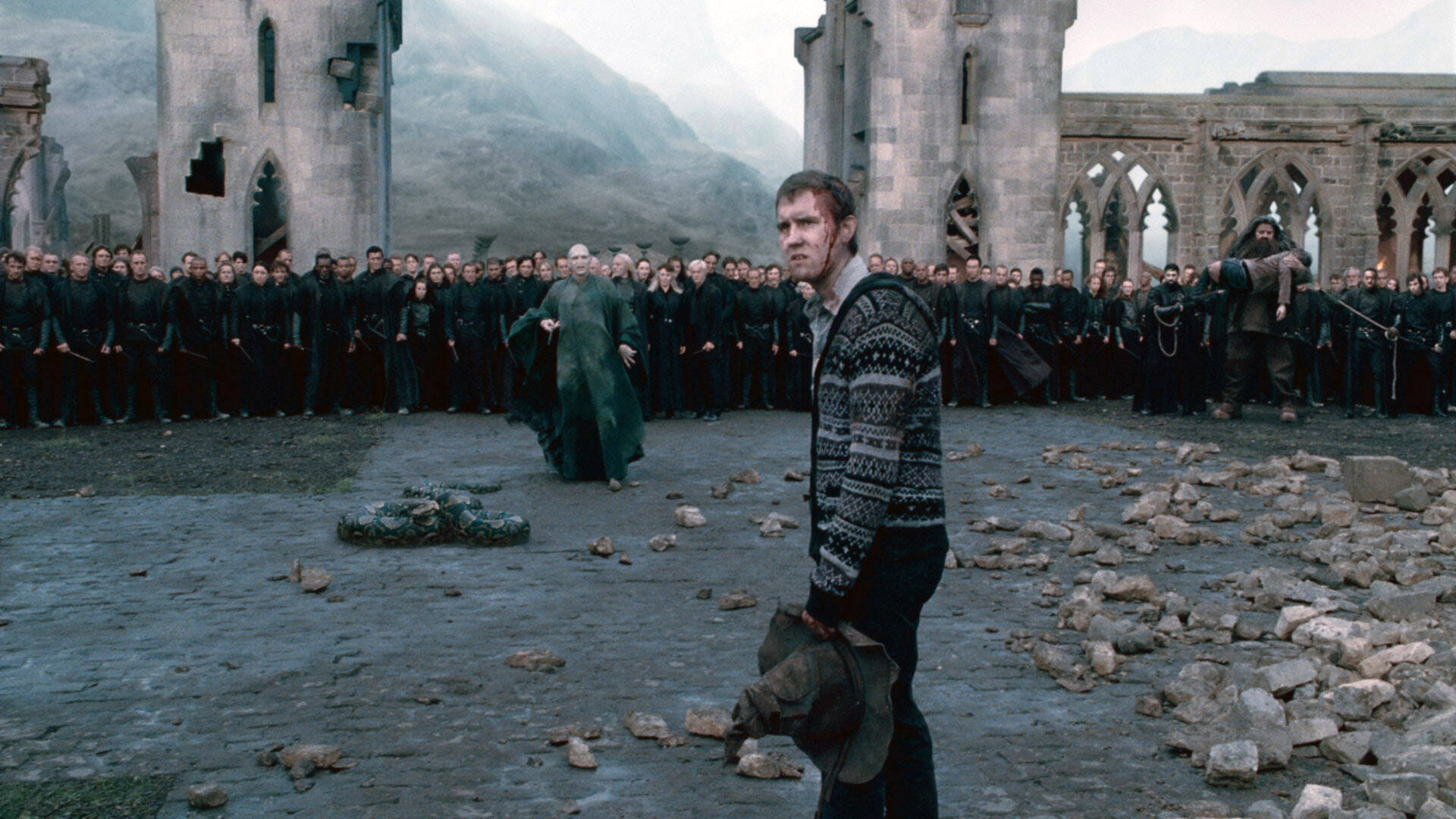 "It captured the charms of Neville and Matthew's everyman quality. He had a modesty and honesty that was hard to ignore."

Matthew is grateful for his opportunity to be a major force in the series and doesn't mind being recognized as silly "Neville Longbottom" all these years later. "If there's something people remember you by, there are worse things than the Harry Potter franchise. It opened so many doors for me when I otherwise wouldn't even have gotten in the room."

Matthew now has done a great deal of impressive work both on-screen and on-stage and is now a leading part of All Creatures Great and Small. Matthew is portraying dark and hunky "Hugh Hulton" who is competing for the affection of "Helen" in the remake of the Yorkshire classic.

We can't wait to see whatever Matthew is a part of next, as it's bound to be brilliant!

Daniel Radcliffe Says 'Harry Potter' Fame Made Him An Alcoholic

The Office What Is Dwight Doing Today

'Scream': Where Is The Cast Today?