Today, Mariska Hargitay stunned her fans by revealing she's suffered several injuries to her legs. The good news is that the 57-year-old actress is OK! But Hargitay is dealing with some serious injuries, and she shared a photo of herself fitted with some medical gear at a hospital today.

Today, the Law & Order: SVU actress revealed she suffered a concerning set of injuries to her legs. It's unclear just what happened, but, on Instagram, Hargitay listed the damages and posted a photo of herself after receiving treatment.

Hargitay, 57, shared her picture from outside the hospital, where she was able to walk on her own while wearing a knee brace and ankle support.

She wrote: "#ThatFeelingWhen, you go to the doctor, get an MRI and find out that you have a broken knee, a hairline fracture in your ankle and a torn ligament." 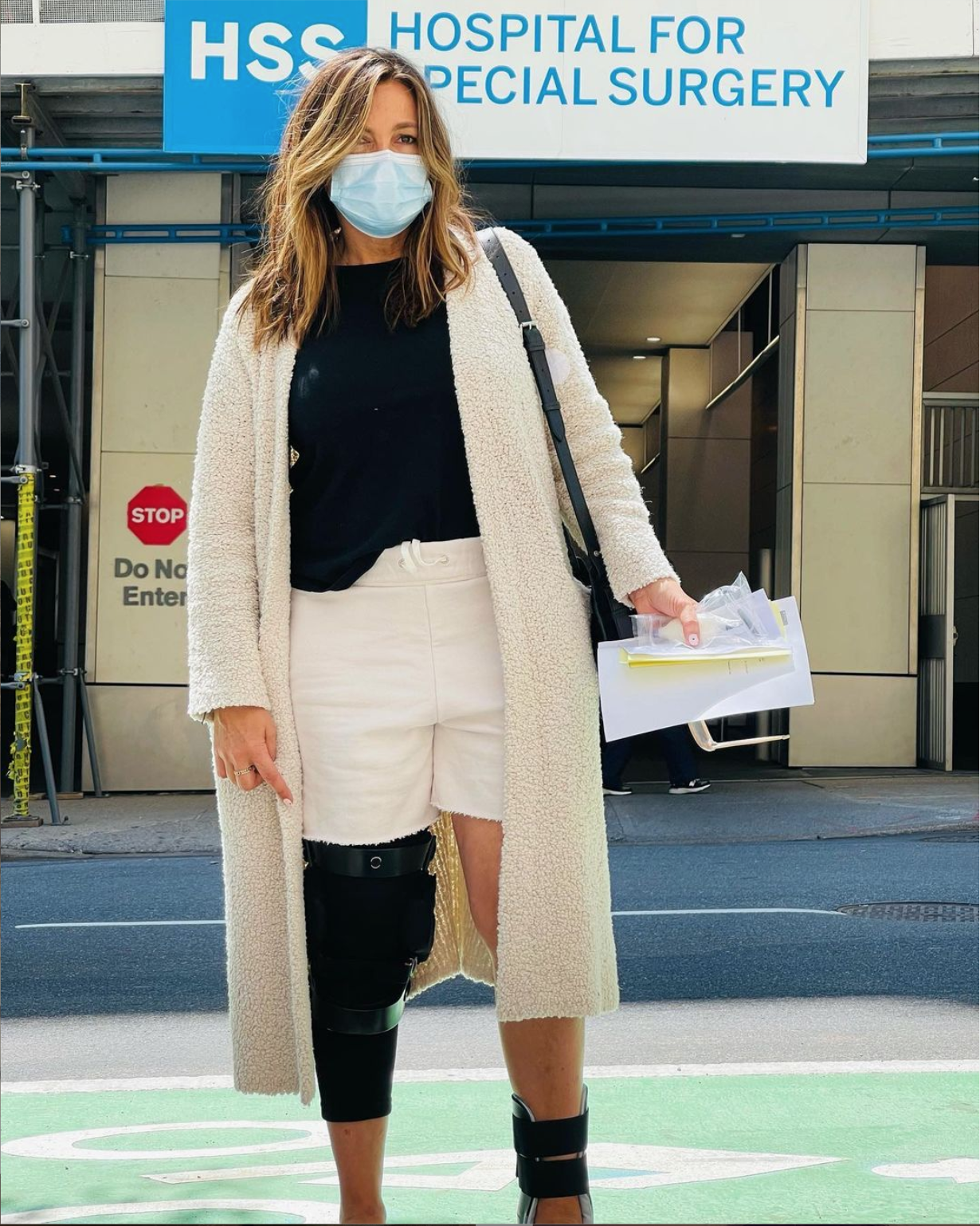 In the post, Hargitay added, "It's always a good idea to go to the doctor. Immediately." But the "great news is," she wrote, "I don't need surgery."

At the time of this writing, Hargitay hasn't yet revealed how she was injured. But she did add several hashtags on her Instagram post, including "#BustingPerpsWithBustedKnees," which makes you wonder if the accident occurred on a Law & Order set.

The latest on "Gibbs"

Hargitay and Law & Order: SVU are nearing the conclusion to season 22 on NBC, with two episodes remaining before the June 3 finale.

The season was a celebratory one for fans — and for Hargitay — as the franchise welcomed back former detective "Elliot Stabler" (Christopher Meloni), the ex-partner of Hargitay's now-captain "Olivia Benson."

The duo also reminisced about old times and talked Meloni's return in an interview shortly before "Stabler" made his initial comeback on SVU. You can read what they had to say here.

We wish Mariska a speedy recovery in the meantime!

"The dedicated detective who investigate these vicious felonies are members of..."?

'The Thorn Birds' Cast: Where Are They Now?

Both of his girls look stunning!