"These are unspeakable tragedies."

Mia Farrow Explains The Tragic Deaths Of Her Three Children

Mia Farrow loves being a mother and had fourteen children but tragically three of them lost their lives and one had a sexual relationship with her ex Woody Allen. Now that rumors are circulating online, Mia feels compelled to explain what really happened.

The treasured Hollywood actress Mia Farrow has felt compelled to tell the story about the loss of 3 of her children. Now that she and her ex are back in the public eye after the Allen v. Farrow documentary brought their past scandal to light again, false rumors have been circulating about her children.

Mia Farrow Explains The Tragic Deaths Of Her Three Children

Rosemary's Baby actress Mia Farrow has candidly explained what happened to her children. She took to Twitter to clear up speculation that was circulating the internet. She wrote: "Regarding my children: As a mother of fourteen children, my family means everything to me. While I chose a career that placed me in the public arena, most of my children have elected to live very private lives. I respect each of their wishes, which is why I am selective in my social media posts."

She continued, "Few families are perfect, and any parent who has suffered the loss of a child knows that pain is merciless and ceaseless. However, some vicious rumors based on untruths have appeared online concerning the lives of three of my children. To honor their memory, their children and every family that has dealt with the death of a child, I am posting this message."

Mia Farrow and Lark Farrow after a 2 1/2 hour meeting with psychiatrists and Woody Allen. Psychiatrists cleared Allen of allegations brought by Farrow that he sexually abused their children.
(© Getty Images)

"My beloved daughter Tam passed away at 17 from an accidental prescription overdose related to the agonizing migraines she suffered, and her heart ailment. My daughter Lark was an extraordinary woman, a wonderful daughter, sister, partner and mother to her own children. She died at 35 from complications of HIV/AIDS, which she contracted from a previous partner. Despite her illness she lived a fruitful and loving life with her children and longtime partner. She succumbed to her illness & died suddenly in the hospital on Christmas, in her partner's arms."

Woody Allen Opens Up About His 22-Year Marriage To Soon-Yi: "She Changed Me"

"My courageous son Thaddeus was 29 and happily living with his partner; we were all anticipating a wedding, but when the relationship abruptly ended, he took his own life. These are unspeakable tragedies. Any other speculation about their deaths is to dishonor their lives and the lives of their children and loved ones."

"I am grateful to be the mother of fourteen children who have blessed me with sixteen grandchildren. Although we have known sorrow, our lives today are full of love and joy. Everyone has their own battle to fight; their own sorrows that gnaw. I send you my best hopes and my love." 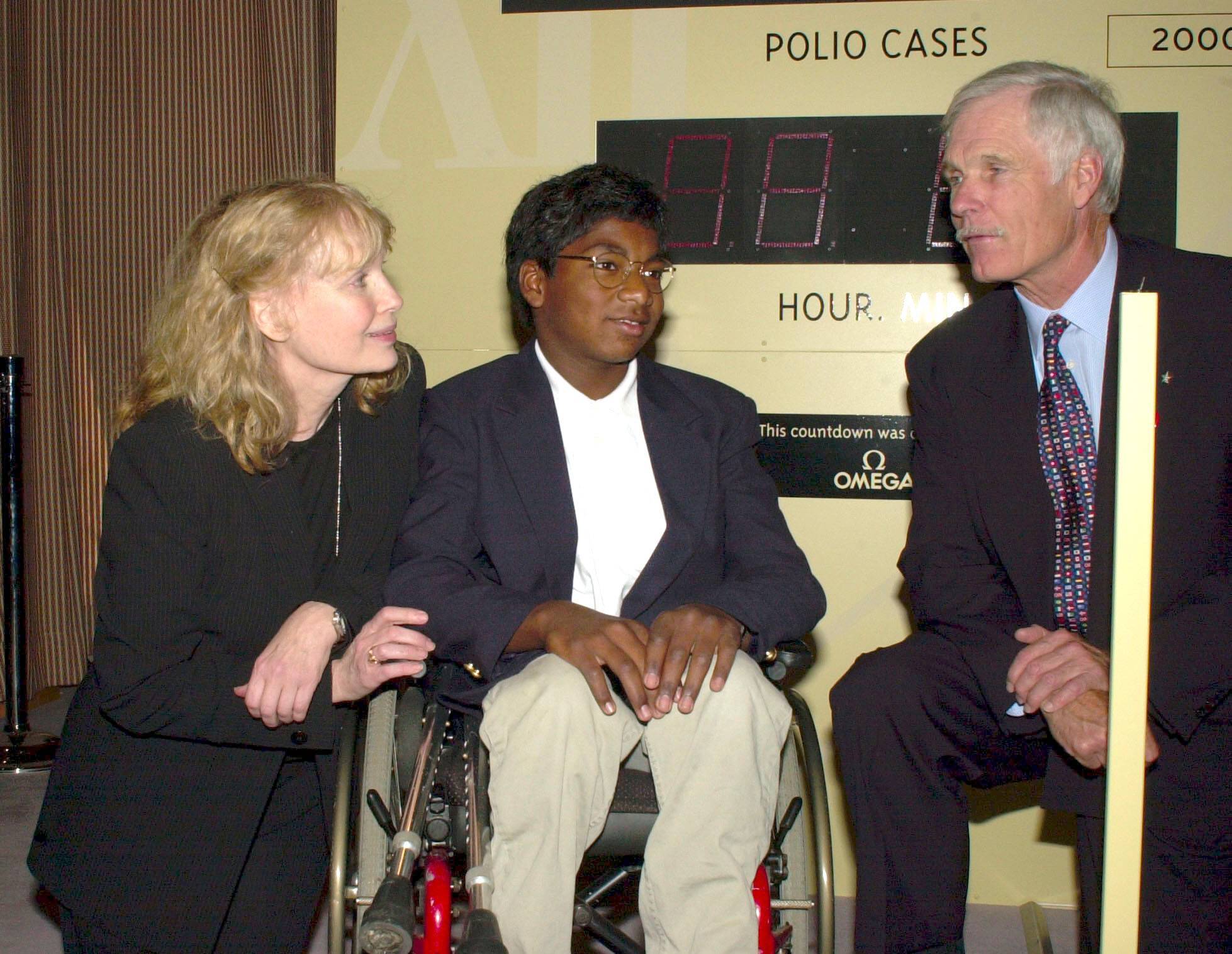 Her son Moses Farrow had been candid about his sibling's deaths in a blog post titled "A Son Speaks Out" and explained that "My mother would tell others that the drug overdose was accidental, saying that Tam, who was blind, didn’t know which pills she was taking. But Tam had both an ironclad memory and sense of spatial recognition. And, of course, blindness didn’t impair her ability to count.
The details of Tam’s overdose and the fight with Mia that precipitated it were relayed directly to me by my brother Thaddeus, a first-hand witness. Tragically, he is no longer able to confirm this account. Just two years ago, Thaddeus also committed suicide by shooting himself in his car, less than 10 minutes from my mother’s house."

Her daughter Dylan Farrow commented on Mia's Twitter post saying, "Love you Mom" along with many others who commented their support while others condemned her for allegedly misrepresenting the truth. These losses are a tragedy nonetheless and hopefully, Mia's explanation quashes the rumors about Tam, Thaddeus, and Lark's tragic deaths.

Debbie Reynolds: A Look Back At Her Amazing Career