They've got to meet her qualifications!

Susan Sarandon Shares What She's Looking For In A Partner

In a new podcast interview, Susan Sarandon opened up about what she wants when it comes to a potential partner! The actress said she considers gender and race to be "just details," and is open to dating anyone who fits her ideals. Find out more here!

Susan Sarandon has a checklist of certain qualities she wants in a future partner! When she appeared in the new episode of Caroline Stanbury's podcast Divorced Not Dead, the Thelma & Louise star was asked what she's looking for in a man— and her answer was a surprising one!

Sarandon said there's one factor that she finds most attractive in a potential partner right now than anything else— immunization against the coronavirus! "Someone who's been vaccinated for COVID," she said in response to Stanbury's question. "I don't care if it's a man or a woman."

The actress shared that she's also "open to all age, all colour," and considers those aspects of a person as "just details." However, she also said she wants someone who's "adventuresome" and isn't looking to start a family, seeing as she already has grown-up children of her own! 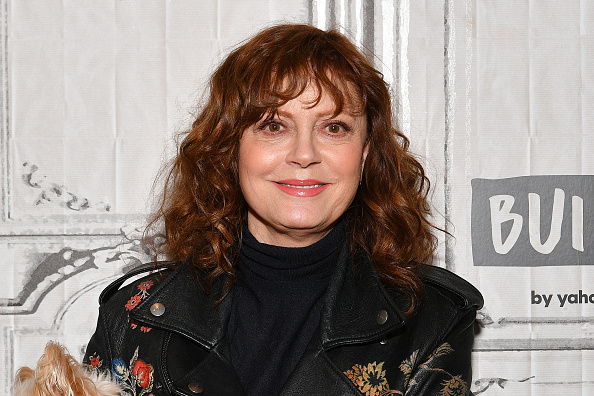 Sarandon says she wants to be with someone "passionate"

And because of her celebrity status, Sarandon also said the person would have to be "somebody who owns themselves and isn't gonna be intimidated by" her admirers! However, she also admitted that she's happy to stay single. "I'm kind of getting off on being by myself," the actress said, explaining that "it would take someone extraordinary" for her to pursue a relationship.

Who's your favourite? "Thelma" or "Louise"?

Niecy Nash Opens Up About Her Relationship With Jessica Betts

From which movie does this quote come from: "I'm also just a girl standing in front of a boy asking him to love her.."?