A beautiful gesture of support!

On Friday, Taylor Swift posted a picture of the beautiful floral arrangement she received from Beyoncé on her Instagram Story! Swift thanked the "Black Parade" singer for the surprise delivery, and also shared the sweet note that came with her bouquet. Find out more here!

Taylor Swift is singing the praises of Beyoncé! On Friday, Swift took to social media to reach out to the superstar, sharing that she sent her a bouquet of flowers a few days after the Grammys.

Swift posted a photo on her Instagram Story of the flowers she received from Beyoncé, tagging her in a heart on top of the vibrant pink and yellow bouquet. She also posted a photo of the beautiful note that Beyoncé sent her along with the arrangement!

"Congratulations on your Grammy," Beyoncé wrote. "It was great seeing you on Sunday night. Thank you for always being so supportive." Swift won Album of the Year for her critically acclaimed record, folklore, which she surprised fans by releasing last summer!

Swift praises Beyoncé, thanks her for the flowers

Swift and Beyoncé have been close friends for some time. Back in 2009, Beyoncé gave Swift the opportunity to finish her acceptance speech at the MTV Music Awards after Kanye West interrupted her. And 10 years later, she was a guest at Swift's 25th birthday party!

Beyoncé's surprise flower delivery was especially fitting, seeing as Swift wore a floral-themed Oscar de la Renta dress on the big night! "Woke up to flowers from the queen of grace & greatness @beyonce and suddenly it's the best Friday EVER," she said. "Thank you B and congrats on your epic achievement Sunday night!!"

She claims there's no more!

Of course, Swift was referring to Beyoncé's double Grammy win, as she took home awards for her song "Black Parade" and her "Savage" remix with Megan Thee Stallion. With a total of 28 Grammys over the years, Beyoncé officially became the most awarded singer and female artist in the history of the awards show! 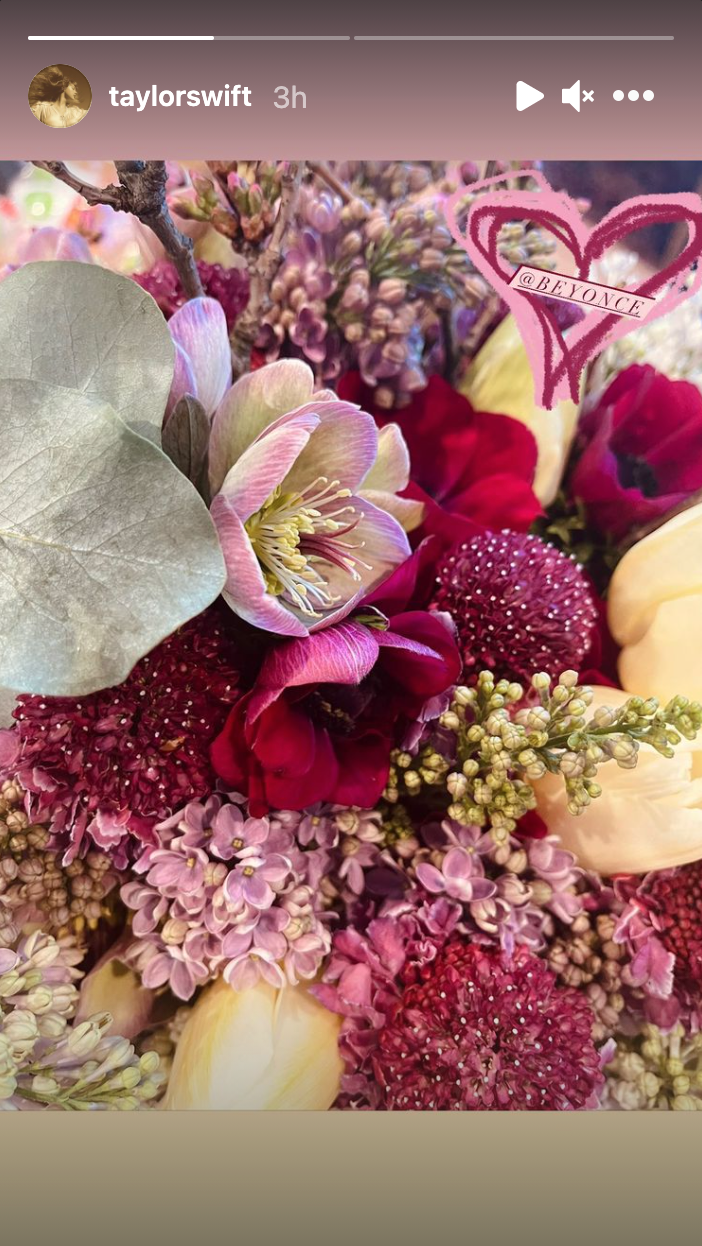 Taylor Swift shares a photo of flowers from Beyoncé via her Instagram Story on March 19, 2021.
(© Instagram/@taylorswift) 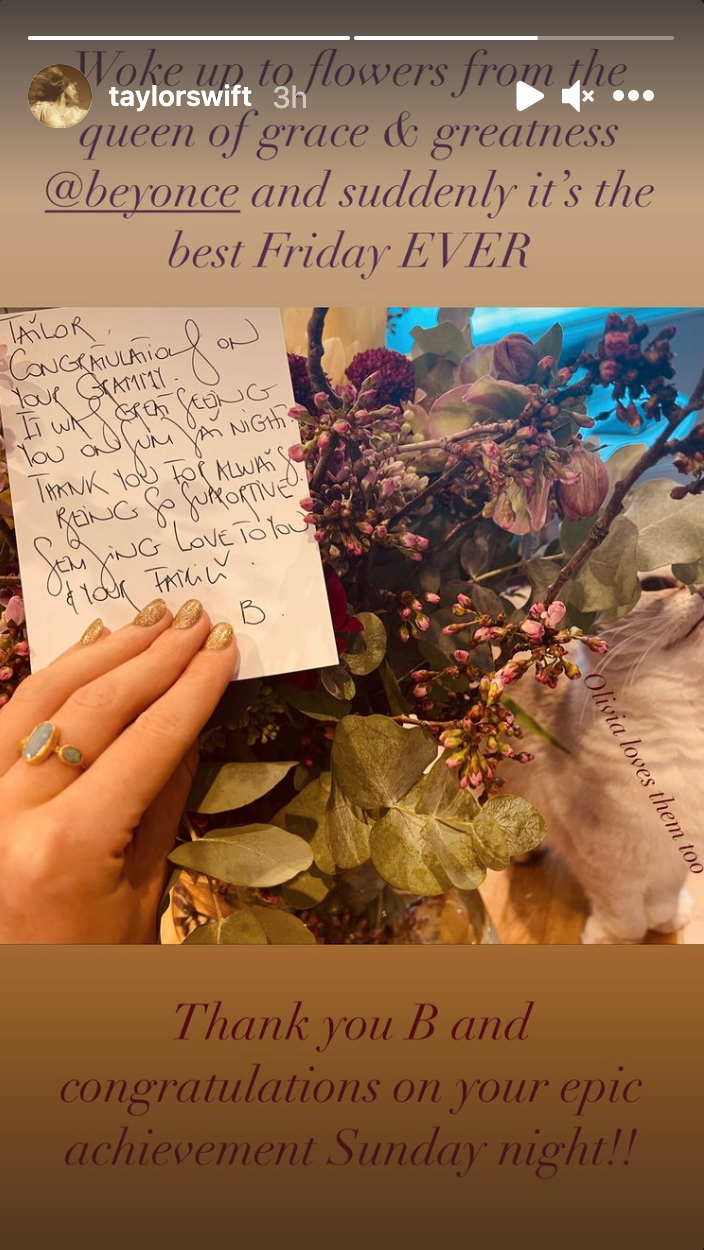 Taylor Swift shares the note she received from Beyoncé via her Instagram Story on March 19, 2021.
(© Instagram/@taylorswift)