Now the big stars are speaking out!

Tom Cruise is one of the latest celebrities to make such a bold move against the Golden Globes and the Hollywood Foreign Press Association. The three-time winner is not messing around.

The Hollywood Foreign Press Association is taking heat after being exposed by countless major forces in current Hollywood productions. Now even NBC has refused to air the awards ceremony, The Golden Globe Awards.

The Hollywood Foreign Press Association has been taking heat for clear and blatant biases and favoritism, going so far as to reject press conferences with Black-led casts or crew. Shonda Rhimes, the creator behind Grey's Anatomy, Scandal, and How To Get Away With Murder was rejected by the HFPA for her series Bridgerton until it became a major hit.

It was then discovered that out of the 87 voting members of the HFPA, not a single member is Black. The LA Times released a deep dive explanation of the HFPA's "scandal-ridden history" of corruption.

The HFPA then released a statement vowing "to bring in Black members, as well as members from other underrepresented backgrounds, and we will immediately work to implement an action plan to achieve these goals as soon as possible."

Countless Black-led productions were snubbed for awards and many felt emboldened to speak about their experience with the HFPA. On top of that, other stars have begun to air their grievances about their treatment by the HFPA.

According to Entertainment Tonight, Scarlett Johanson explained that as an actor the HFPA expects you to participate in their countless press events which, "In the past, this has often meant facing sexist questions and remarks by certain HFPA members that bordered on sexual harassment. It is the exact reason why I, for many years, refused to participate in their conferences...Unless there is necessary fundamental reform within the organization, I believe it is time that we take a step back from the HFPA and focus on the importance and strength of unity within our unions and the industry as a whole."

Her Avengers co-star Mark Ruffalo said, "Now it the time to step up and right the wrongs of the past. Honestly, as a recent winner of a Golden Globe, I cannot feel proud or happy about being the recipient of this award." Stars like Ava DuVernay, Ellen Pompeo, Kerry Washington, JJ Abrams, Jennifer Aniston, Jurnee Smollett, Netflix CEO Ted Sarandos, and the SAG-AFTRA, GLAAD, and the Time's Up movement are all speaking out against the organization.

Now Hollywood legend Tom Cruise is speaking out. Entertainment Tonight has just reported that the Mission Impossible star has returned his 3 Golden Globe Awards to the HFPA as a sign of protest. The star won his first Golden Globe for Best Actor for his role in Born on the Fourth of July (1990), his second for Best Actor in Jerry Maguire (1997) and his third was Best Supporting Actor for his role in Magnolia (2000). 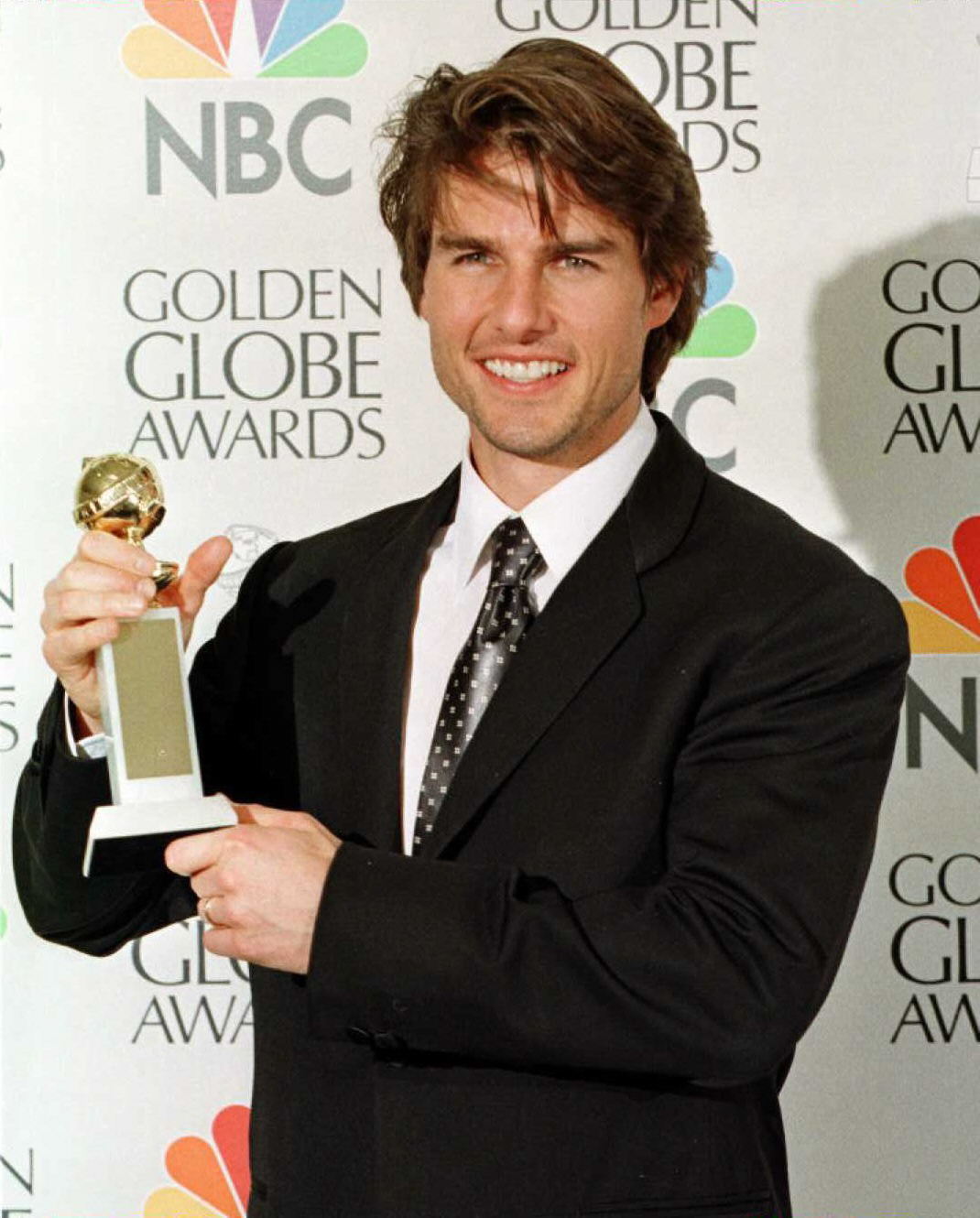 Tom Cruise with his Golden Globe award for his role in 'Jerry Maguire' in 1997.
(© Getty Images)

As a major leader in Hollywood, not just on-screen but also as a producer, many may follow in the star's footsteps. Deadline said they "wouldn't be surprised if others follow his lead and that the reception are of the HFPA could be crammed with golden trophies." Cruise and countless more are demanding genuine diversity reform in hopes of giving creators of color and minority groups a fair chance in Hollywood.

NBC has also just announced that they will not be airing next year's Golden Globes.

TV Child Stars: This Is How Much They've Changed