She didn't want Natalia to miss out!

On Monday, Vanessa Bryant shared that her oldest daughter Natalia wasn't at Kobe's Hall of Fame Induction because she went to prom! Vanessa posted a sweet photo of the two on Instagram, explaining why she let her daughter skip the ceremony for a high school rite of passage. See her touching message here!

Vanessa Bryant's daughter Natalia wasn't at Kobe Bryant's Hall of Fame induction ceremony on Sunday— and as it turns out, she had a pretty good reason! Vanessa took to Instagram the following day to share that Natalia attended her high school prom while Kobe was being honoured, which was a decision she actually encouraged!

Vanessa explains she missed her own prom for Kobe

Bryant's Instagram post featured an adorable new photo of her and Natalia, seen kissing her daughter's cheek. She began by mentioning that Natalia "almost missed her senior prom," and said she chose to skip out on prom herself because Kobe had a basketball playoff game that evening.

"When we heard Natalia’s prom night and Kobe’s Hall of Fame night were on the same night," Vanessa said, "I looked at Natalia and said, "well if it’s any consolation, daddy kept me from going to my prom, so it’s only right that he tried to keep you from going to yours."

Vanessa Bryant with daughters Capri and Bianka during the 2021 Basketball Hall of Fame Enshrinement Ceremony on May 15, 2021.
(© Getty Images / Maddie Meyer)

Vanessa reflects on how Natalia has endured "so much loss"

Vanessa then joked about Kobe being a protective dad, saying that "even in heaven, he’s still trying to make moves and keep the boys away." She went on to explain that because of the fact Natalia has "experienced so much loss, I couldn’t let her miss out on her once in a lifetime opportunity to go to her senior prom."

While her oldest daughter may not have been at the induction ceremony, she wasn't entirely absent from Kobe's commemoration. As Vanessa shared, Natalia flew out to join her mom at the Hall of Fame Jacket and Ring presentation on Saturday evening before making the trip back home to go to prom! 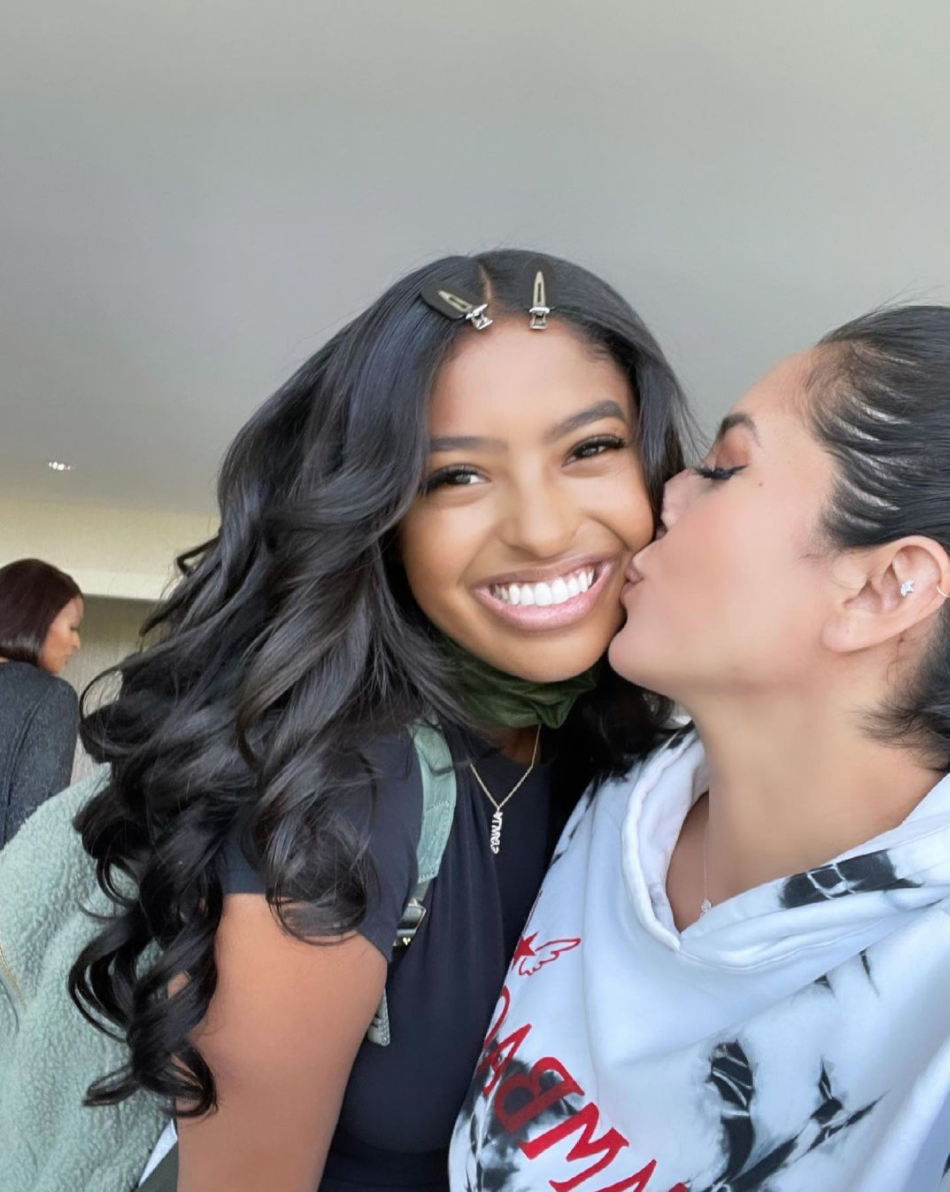 Vanessa Bryant shares a sweet photo of her and her daughter Natalia on Instagram, May 17, 2021.
(© Instagram/@vanessabryant)

Vanessa Bryant Shares Sweet Picture With Daughters In Front Of Kobe And Gianna Mural In L.A.

A sweet note on a tragic day...