Did Prince Harry's time in the UK this past week include a meeting with Queen Elizabeth? A major headline ahead of the trip was that the Queen invited Harry to an important one-on-one lunch. But there was no update on the meeting during his stay, and he returned to the US soon after the Princess Diana statue unveiling. Here's what we know on if the meeting happened or not.

Ahead of Prince Harry's UK trip for the Princess Diana statue unveiling, royal fans were buzzing over news that Queen Elizabeth II invited Harry to a private lunch during his stay.

But the Duke is now being bashed for leaving the UK quickly after the ceremony and possibly skipping the important meeting with the Queen before she could return from Scotland. Did that really happen?

Did Prince Harry meet the Queen during 2021 UK trip?

One detail that went under the radar during Prince Harry's visit came on the day he arrived. On June 25, he was shuttled from London's Heathrow Airport to Frogmore Cottage in Windsor.

And the Queen was actually spotted driving from Windsor Castle to Frogmore Cottage within minutes of Harry's arrival, in pictures published that day by The Sun.

At the time, a source told the newspaper: "No sooner had Harry been driven from Heathrow to Frogmore Cottage the Queen was on her way down."

They added that the pair "would have plenty to talk about" and the Queen would "want to see her grandson after everything that has gone on and could take this opportunity to act as the peacemaker."

It wasn't confirmed if this was the big meeting between Harry and the Queen, but it certainly seems they connected the day he arrived in the UK. He then self-isolated for five days, while the Queen left for Royal Week in Scotland from June 28 to July 1.

Queen Elizabeth was then back in England on July 1 to attend the Royal Windsor Horse Show. The Duke of Sussex, meanwhile, reunited that day with his brother Prince William to unveil a statue of Princess Diana at Kensington Palace.

If you're following the timeline, Prince Harry also remained in the UK — in Windsor, where the Queen was — on July 1 and 2. He only returned to the US the next day, arriving in Los Angeles on June 3. 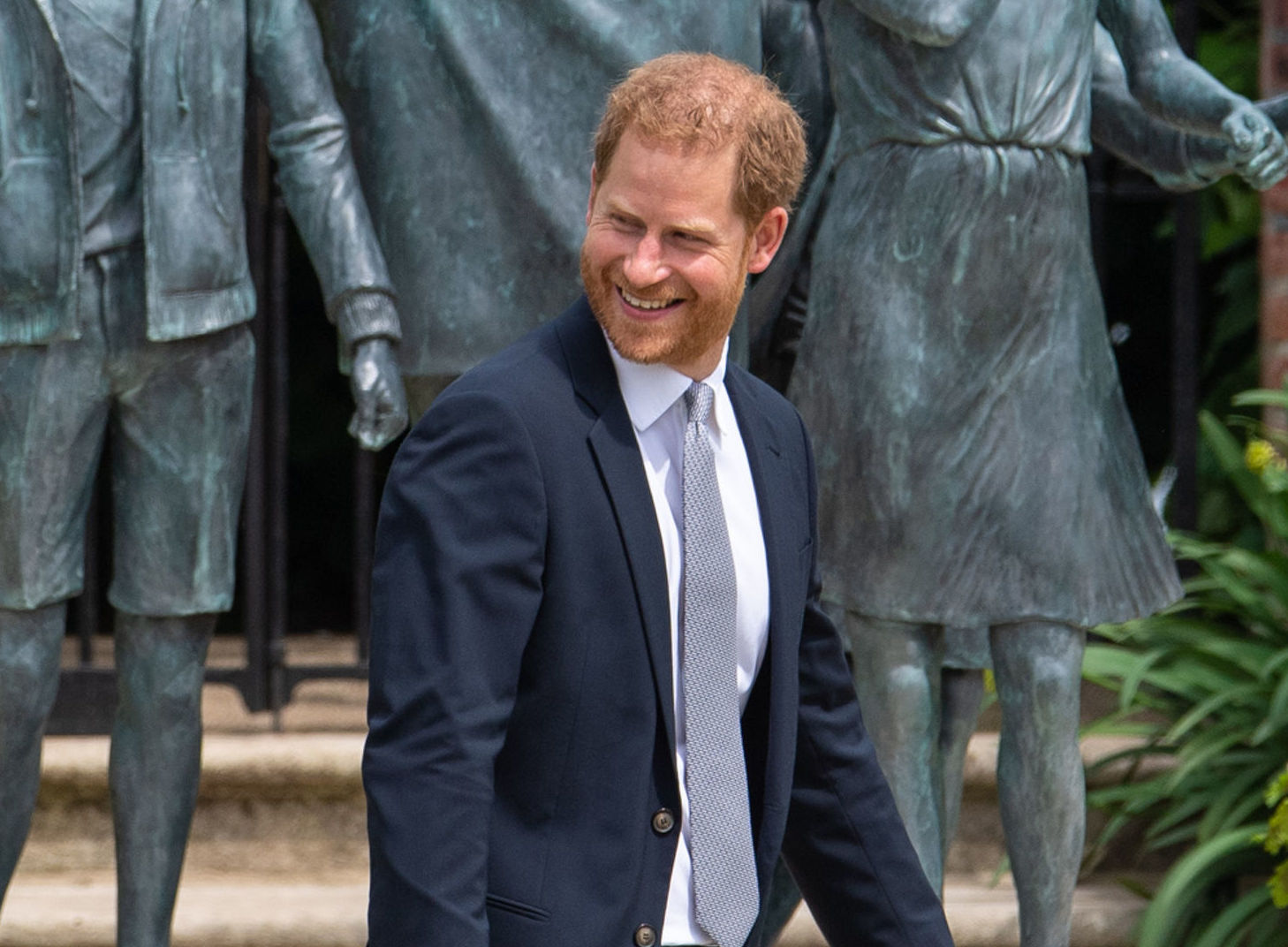 Did Prince Harry Meet With The Queen Before Leaving The UK?
(© Getty Images)

So, the night of July 1 and morning of July 2 remain possibilities for when the Queen and her grandson may have reconnected. They were expected "to talk things through" after months of tensions between Harry and his family, a Palace source had revealed.

All in all, it seems rather unlikely Prince Harry left the UK before meeting the Queen, and there is evidence that the pair at least met in Windsor on the day he flew in.

Harry left soon after the statue unveiling to get home to Meghan, who is with their 4-week-old daughter and grieving the loss of her uncle Michael Markle.

These Celeb Couples Got Together In 2021