In a new video interview, Prince Harry commented on environmentalism and the coronavirus pandemic. He spoke out in favour of stronger measures to combat climate change, noting how fatherhood brought a change to his perspective on the future. However, some of his statements received a mixed reaction online, particularly a metaphor about behaving like raindrops. Read his comments in-full below.

From his California home, Prince Harry this week spoke to the creators of new streaming service WaterBear about his passion for the environment. The video interview was Harry's first since his wife Duchess Meghan revealed that she had a miscarriage in the summer, in a New York Times op-ed. 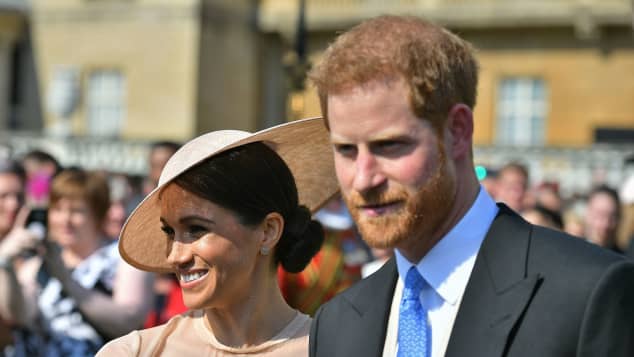 Prince Harry: COVID-19 is a punishment from Mother Nature

In the interview with WaterBear, Prince Harry said: "Somebody said to me at the beginning of the pandemic, it's almost as though Mother Nature has sent us to our rooms for bad behaviour, to really take a moment and think about what we've done."

"We take so much from her and we rarely give a lot back," the Duke of Sussex added.

In addition, the father-of-one urged viewers to consider a metaphor about rainfall and caring for the planet. "Every single raindrop that falls from the sky relieves the parched ground," he said. "What if every one of us was a raindrop? If every single one of us cared? We do, because we have to, because at the end of the day nature is our life source."

The Queen And Prince Philip's Beautiful Christmas Tree At Windsor

Royal critics and some online commenters viewed the remarks as "too woke" or even hypocritical — though the "raindrop" line was perhaps unfairly quoted out of context in certain headlines.

There's been some debate on whether Prince Harry was too 'woke' in a chat on healing the planet with @wbnofficial
Or was he making a simple metaphor about how humans can help?
We decided to put up that bit of the interview so you can decide https://t.co/JPrSrcjNS4 pic.twitter.com/PZ4KixZsd5

In the interview, the Duke went on to reveal how fatherhood completely changed his perspective on environmental matters: "The moment you become a father, everything really does change because then you start to realize, well, what is the point in bringing a new person into this world when they get to your age and it's on fire?"

Around the time the interview was released, Harry also learned of sad news, as his godmother Lady Celia Vestey passed away over the weekend. Late last month, he and Meghan also celebrated their first Thanksgiving in their Santa Barbara home.

'My Girl': Where Is Anna Chlumsky Today?