Prince Louis Is First Royal To Break THIS Tradition So Early

Princes of the British Royal Family have rules to follow, no matter their age. These include rules of behaviour, clothing etiquette, and much more. However, Prince Louis doesn't seem to take it that seriously — after all, he has already broken a centuries-old tradition: the 2-year-old is often seen wearing pants. Here's why that actually deviates from an important etiquette rule.

Prince Louis is just 2 years old, but it seems he's already quite the rebel. He's even broken a long-standing tradition that his ancestors had to follow.

It has been etiquette for centuries for young male royals to wear shorts, especially when appearing in public. But Prince Louis prefers to wear his pants long, making him the first British royal to do so at such a young age.

Duchess Kate probably dresses him in this un-royal piece of clothing, but Prince Louis doesn't seem to mind. He was seen on the annual Christmas card and also on a visit to the London Palladium with long trousers.

Whether it's winter or summer, in the British Royal Family, male children are required to wear shorts and are only allowed to hang them on the hooks when they turn 8 years old.

But why is that the case? William Hanson, an expert on etiquette, explained in 2016 to Harper's Bazaar: "Trousers are for older boys and men, whereas shorts on young boys is one of those silent class markers that we have in England. Although times are (slowly) changing, a pair of trousers on a young boy is considered quite middle class — quite suburban."

Hanson doesn't find the break with tradition so great, because he is of the opinion: "no self-respecting aristo or royal would want to be considered suburban." 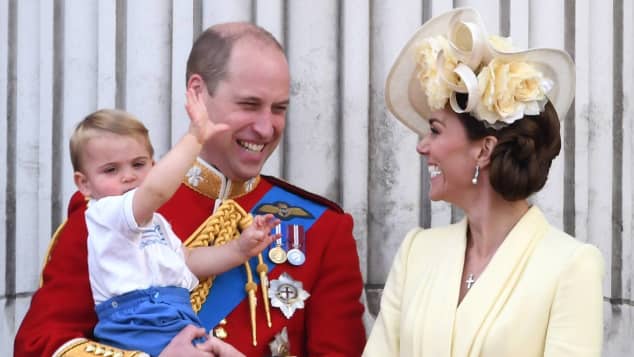 Even if Prince Louis is the only one to turn his back on this tradition at such a young age, Prince George, 7, has already made an exception a few times. However, he was already 5 at the time. He wore the long piece of clothing in 2018 at the wedding of Prince Harry and Duchess Meghan and at that of Princess Eugenie.

But otherwise, Prince George strictly followed the rules and presented himself properly in shorts just like the young royals generations before him. The young princes once again went in trousers during their rare Christmas outing last month.

Patrick Swayze: A Look Back At His Magnificent Career

'Lupin': Everything You Need To Know About Omar Sy

Duchess Camilla Will Not Be Queen Consort Of The UK