Joining his grandmother on the trip!

On Monday, Prince William was seen out and about in Scotland with Queen Elizabeth II! The royals are visiting the nation for Holyrood Week, and received a tour of a factory that bottles a very famous Scottish drink. Find out more here!

Prince William and Queen Elizabeth II had the opportunity to get a tour of the place where one of Scotland's most popular drinks comes from! As Hello! shares, the Duke of Cambridge— who's also known by his Scottish title, the Earl of Strathearn— and his grandmother were photographed at the AG Barr factory on Monday, which is where Irn-Bru is made.

William wore a navy suit during the visit, while the queen was seen in a bright blue hat and coat. She also had on her customary gloves and pearls, and Hello! points out that she chose to wear one of her favourite accessories— the Pearl Trefoil brooch.

The monarch was given flowers by employees of the AG Barr factory as she and her grandson were welcomed. They received a special tour, giving them the opportunity to talk to factory employees as well as get an up-close look at the drinks produced there. William was even seen sampling a glass of Irn-Bru! 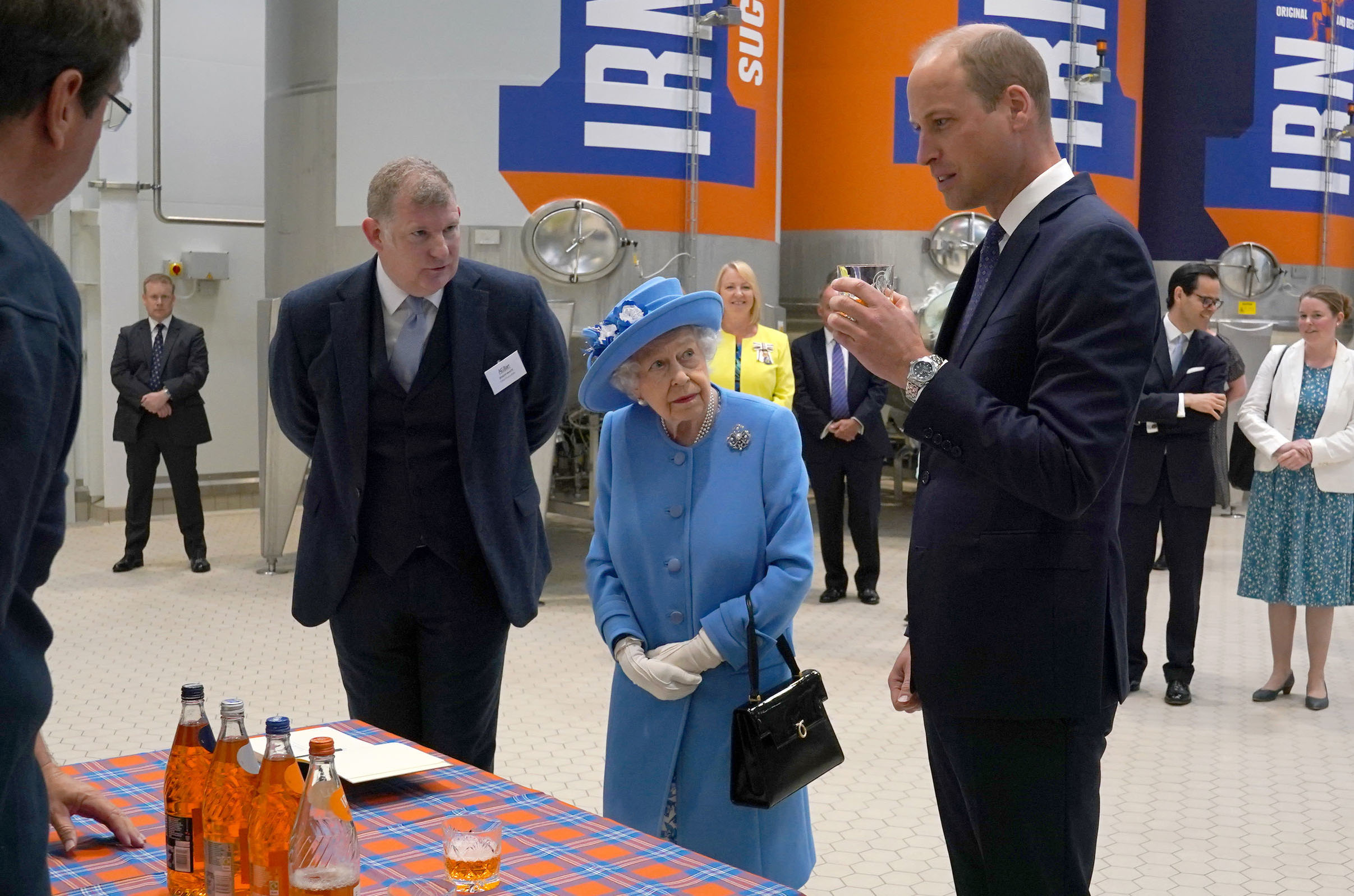 Queen Elizabeth II also visited the Palace of Holyroodhouse for a special event following their tour. As Hello! mentions, the palace is the monarch's Scottish home and she was there for the Ceremony of the Keys, accompanied by Prince William.

William's visit to Scotland with his grandmother comes in honour of Holyrood Week, a month after he and Duchess Kate paid the country a visit! The Duke and Duchess of Cambridge even hosted a special screening of the movie Cruella at the Palace of Holyrood to honour NHS workers.

Duchess Kate And Prince William Have Fun With Scottish Charity