Princess Beatrice gave birth to her baby girl just over a month ago. In her latest public appearance, you wouldn't be able to tell that she has only been a mother for a very short time. She showed off her incredible post-baby body in Greece.

Since September 18th, Princess Beatrice (33) has been the proud mother of a little girl. Five weeks after the birth of baby Sienna, she made her way to Greece with her husband Edoardo Mapelli Mozzi (38) and her sister Princess Eugenie (31). This past Saturday, Prince Philippos of Greece (35) and Nina Flohr (34) tied the knot in a beautiful ceremony.

Prince Philippos is a godchild of Lady Diana (†36) and Prince Philip (†99) and the youngest son of Constantine II (81), the last king of the Hellenes. He is also the brother of Queen Sofia (82), who was also at the wedding. But the appearance that really got fans talking was that of new mother, Princess Beatrice. 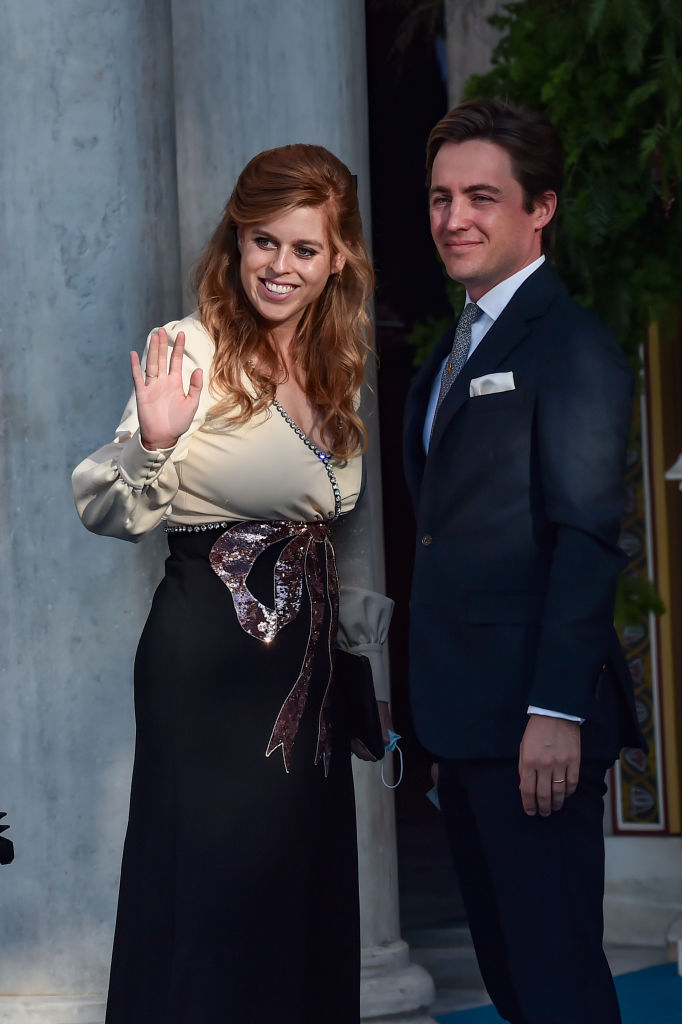 Princess Beatrice made a super fit impression at her appearance while beaming ear to ear in front of the Cathedral of Athens at her husband's side. According to the Daily Mail, Edoardo is good friends with the bride, who is the daughter of Swiss billionaire Thomas Flohr.

Beatrice looked simply stunning in her Gucci outfit, but what was particularly noticeable was how striking her figure was such a short time after birth. She represented the British royal family at the celebration together with Eugenie, who also became a mother that year.

Princess Beatrice wore the same dress at the Global Gift Gala in London in 2018. Even then, the combination of the cream-colored top and the black skirt emphasized her great figure. Beatrice has more feminine curves today, but after a month her waist size is almost back where it was before the birth of her daughter. With her incredible post-baby body, the British Princess was a real eye-catcher in Athens.