The Queen Postpones Recording Of Her Christmas Message

Queen Elizabeth's annual Christmas address is a beloved UK tradition with a long history. But now, the recording of this year's speech has been postponed — and, surprisingly, something other than the coronavirus pandemic is to blame. Here's what we know about the Queen's Christmas Message for 2020.

Every Christmas, people across the UK and the Commonwealth wait eagerly in front of the TV for the annual address of Queen Elizabeth II.

Traditionally, she records the Christmas Message no later than mid-December. But this year everything is different. As The Sun has reported, the recordings are said to have been postponed, though Christmas is now just 10 days away.

Although the Queen does not speak out on politics, ongoing Brexit negotiations are reportedly responsible for delaying the speech. Queen Elizabeth wants to adapt her speech to the outcome of the negotiations between the UK and the European Union. Though, there hasn't been any official confirmation from Buckingham Palace yet.

Queen Elizabeth will spend Christmas this year only with her husband Prince Philip at Windsor Castle. She wants to lead by example and encourage people to celebrate only in small groups for the holiday occurring amid the pandemic. Despite this, she's thought to be "very sad" about not celebrating with her family.

Pippa Middleton Is Expecting A Baby!

This year's speech will likely focus on the COVID-19 pandemic. The extent to which the Queen will comment on Brexit remains to be seen. On Dec. 31, 2020, the UK will leave the EU with or without a free trade agreement. 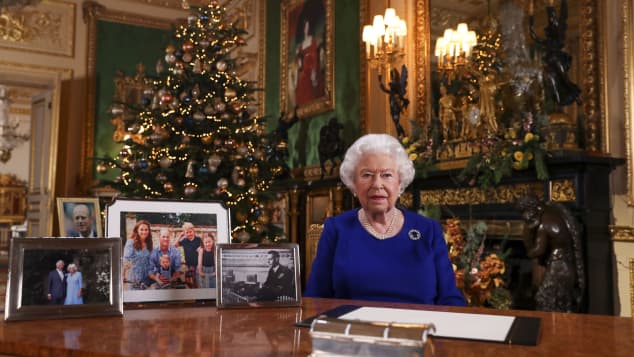 Despite the major adjustments for Christmas 2020, it appears the Queen's speech is at no risk of missing Christmas Day. Likewise, she was able to briefly reunite with much of her family last week, after Prince William and Duchess Kate concluded their train tour.

She claims there's no more!

Which place does Princess Charlotte have in the line-of-succession for the throne??