"The jab didn't hurt at all"

The Queen Describes Her Experience Getting The COVID-19 Vaccine

In a new video call, Queen Elizabeth II spoke openly about her experience receiving the first dose of the COVID-19 vaccine. Joining health officials who are leading the UK's vaccine program, the monarch said that "the jab didn't hurt at all" as she encouraged others to also get vaccinated. Read on to watch the Queen's message!

Queen Elizabeth II has opened up about getting the coronavirus vaccine.

In a new video call, the Queen joined leaders of the UK's vaccine program to encourage the British people to get vaccinated. The 94-year-old monarch even recalled receiving the first dose last month, an experience she called "quite harmless."

The Royal Family has shared the Queen's message on social media. Here's what she had to say: "Well, once you've had the vaccine, you have the feeling of, you know, you're protected — which is, I think, very important. As far as I can make out, it was quite harmless."

The Queen then described the "jab" itself, saying: "It was very quick. And I've had lots of letters from people who've been very surprised by how easy it was to get the vaccine. And the jab didn't hurt at all."

The monarch also addressed those who are hesitant or too untrusting to get the vaccine. She said: "I think the other thing is, that it is obviously difficult for people if they've never had a vaccine. They ought to think about other people rather than themselves."

The Queen & Prince Philip were vaccinated in early 2021

The Royal Family's Instagram post added that, in the video call, "Her Majesty heard about the extraordinary team work taking place all over the United Kingdom, and the vital importance of delivering the vaccine to every community." She also "congratulated" the health officials on "their remarkable efforts." 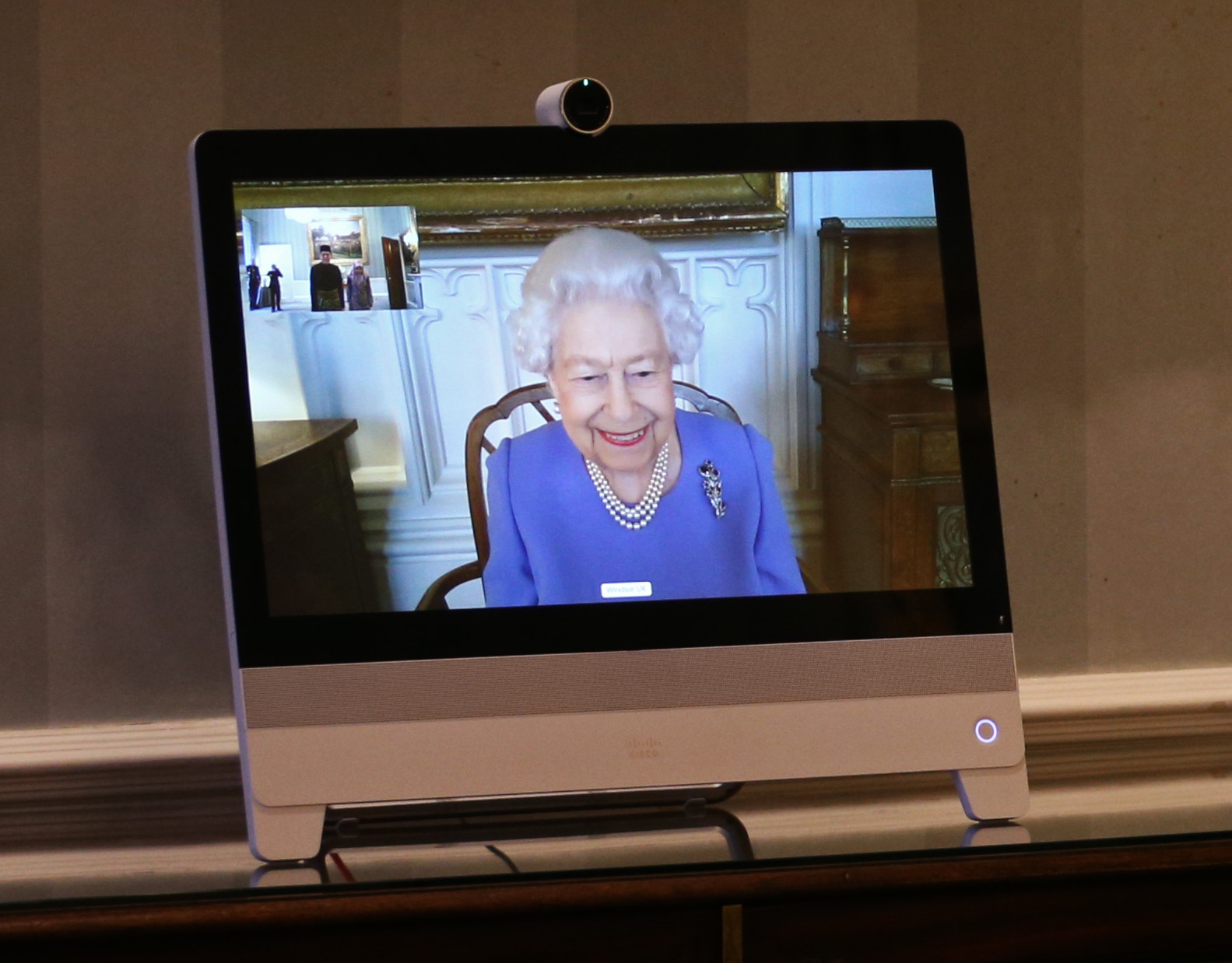 Queen Elizabeth, 94, and Prince Philip, 99, received their first doses of the vaccine in early January as part of the program's high-priority age group. The Duke of Edinburgh currently remains in hospital where he's being treated for an infection that's unrelated to the virus.

First 'Law & Order' Crossover Teaser: "Benson" and "Stabler" Back Together In Action!

Oprah With Meghan And Harry: Bidding War On How To Watch In UK