To honour the Duchess of Cambridge

Queen Elizabeth II is reportedly planning a very special surprise for Duchess Kate. She and Prince William celebrate their 10th wedding anniversary in April, and the Queen wants to recognize the occasion as it also marks the 10th year since the Duchess has been a royal.

Duchess Kate and Prince William have been married for nearly 10 years now and they seem as happy as ever. They'll arrive at their 10th wedding anniversary on April 29, and Queen Elizabeth II reportedly has plans to surprise the Duchess on the special occasion.

The Queen plans to honour Duchess Kate on 10th anniversary

In an interview with OK! magazine, Royal expert Duncan Larcombe reported it is "highly likely" the Queen is planning a "special secret something" for Prince William's wife to celebrate her 10 years in the Royal Family.

"Kate and the Queen have a fantastic relationship. Kate strikes that balance between bowing to her as head of the royal family in public but being able to check in with her as the great-grandmother to her children," the expert added. 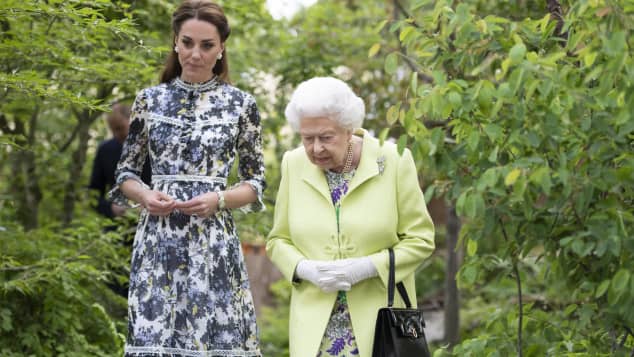 "We must never forget"

Duchess Kate is known to be passionate about work with charity, organizations, and many patronages. Since the beginning of the pandemic, she has been focusing on supporting nursing staff more and more. On Jan. 25, she and William even got teary-eyed as they thanked NHS staff. The week prior, Kate also greeted nurses in a video call.

Experts expect a similar honour for the Duchess of Cambridge on her 10th royal anniversary. It remains to be seen which surprise the Queen has planned for Kate exactly, but save the date: April 29, 2021.

Royal Babies Changing Line Of Succession To British Throne In 2021

He is missed dearly by family and friends

These Craziest Rumors About Duchess Catherine