Charles had different plans for the boys...

This Is What Prince Charles Wanted To Name William & Harry

Prince William and Prince Harry would've had rather different names had it been up to Prince Charles. In fact, it was only thanks to Princess Diana that the couple's two sons were named as they were. This is what the princes would have been named if Charles had it his way all those years ago.

The British Royal Family often chooses traditional names for their children. Accordingly, Prince Charles and Princess Diana wanted to choose strong, regal names for their sons—including a firstborn who will one day become king.

But what names? For starters, Prince William (born in 1982) was christened William Arthur Philip Louis. And the birth name of Prince Harry (born in 1984) isn't actually Harry, but Henry Charles Albert David — "Harry" being a nickname for Henry. 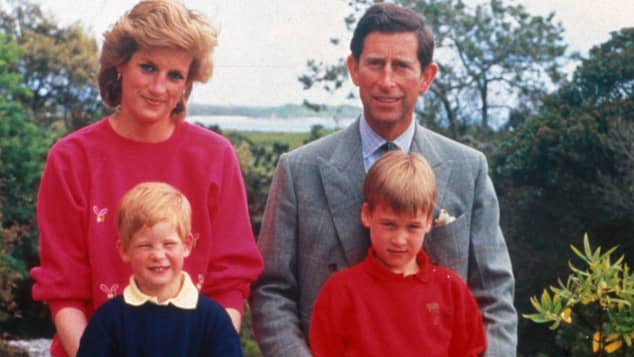 But in the book Diana: Her True Story—with which Princess Diana was involved—writer Andrew Morton revealed how the couple chose the names for their boys. And William and Henry (Harry) weren't Prince Charles's first picks.

She wedded Andrew Parker Bowles in 1973

Prince Charles had... "old" name picks for William and Harry

Diana told the author of Her True Story: "I chose William and Harry, but Charles did the rest. He wanted Albert and Arthur and I said no. Too old!" The princes ended up with Albert (Harry) and Arthur (William) in their full names, however.

Still, Prince William could choose another royal name when he becomes king. In the line of succession to the British throne, he is currently second behind his father Prince Charles. William's great-grandfather King George VI was previously called Albert (Bertie), while King Edward VIII had been known as David before ascending the throne and abdicating shortly after.

Princess Elizabeth kept her birth name when she became Queen Elizabeth II, but there's still speculation that Prince Charles could adopt a different name when he ascends the throne, too. He'd be King Charles III if he doesn't take a new title.

Was Charles right with Arthur and Albert — or did Diana save the day with William and Harry?

The UK begins a vaccine program on Dec. 8

In which German city did Sandra Bullock use to live??

They were introduced by their chiropractor!