An unexpected choice for the role!

David Spade Reportedly Taking Over As 'Bachelor In Paradise' Host

The new season of Bachelor in Paradise will see actor David Spade temporarily filling in as the host! Spade is said to be taking over Chris Harrison's role, and is a big fan of the franchise himself. Here's what we know so far!

David Spade is joining Bachelor in Paradise as the series' new interim host! On Wednesday, it was announced that the former Saturday Night Live star has been tapped to take over Chris Harrison's role, joining season 7 of the summer spinoff.

Spade's involvement with Bachelor in Paradise was reported by Page Six, and the outlet shared why the actor was chosen to take on the gig! According to a source, "the producers want to put some fun in the show," believing that it has "become too serious."

As of yet, Spade hasn't said anything about his new role on Bachelor in Paradise. However, he has been open about his love for the franchise in the past! The insider also mentioned how Spade has "built a cult following among fellow fans" through his entertaining social media coverage of the series. 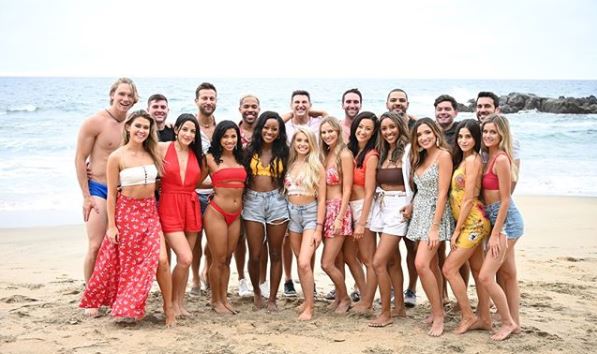 Earlier this year, Harrison announced that he would be taking a leave of absence from the Bachelor franchise. His decision to step back from the show came following a controversial interview where he defended contestant Rachael Kirkconnell's past racism. Spade won't be the only celeb with a stint on Bachelor in Paradise this year, as the source mentioned several other guest hosts will be announced as well!

They're even accepting applications!

'Bachelor In Paradise Canada' Is Coming This Year

These "Bachelor" Couples Are Still Together