We have been waiting for so long!

First 'Law & Order' Crossover Teaser: "Benson" and "Stabler" Back Together In Action!

Fans of the crime series Law & Order: SVU have reason to celebrate. The two former colleagues "Detective Olivia Benson" and "Detective Elliot Stabler" can be seen together again!

Mariska Hargitay (57) and Christopher Meloni (59) stood side by side together for years in their roles as NYPD colleagues for the addictive series Law & Order: SVU in front of the camera. After the actor left the series in season 12, the two are now back in action together. A teaser for the reunion was just released!

The teaser was released on all their social media platforms announcing that the 2-hour crossover event will officially air on April 1st! It will be tying together Law & Order: SVU and the upcoming spin-off Law & Order: Organized Crime. We can see "Olivia" talking about her partner years earlier about how well they work together and how well she knows her partner and can even predict what he's going to do.

Then we see the footage of "Captain Cragen" breaking the news to her that her longtime partner "Stabler" submitted his transfer paperwork to move to another department. Finally, we get a glimpse of "Olivia" horrified at a crime scene and hearing "Stabler" call out for her, saying "Liv!"

"Benson" immediately recognizes his voice and turns around shocked saying "Elliot?" The internet is buzzing with excitement now that the time has finally come! We have seen behind the scene photos of Mariska and Christopher together but this is the first time we can see that their characters are together.

Fans are particularly pleased that both of them mention each other's names in the short teaser. A Twitter user raved: "Your reaction to his voice is exactly as I imagined it to be."

Christopher Meloni plays the lead role in the franchise spinoff Law & Order: Organized Crime. As NBC revealed, "Stabler" returns to the NYPD after a personal loss and heads a new special unit against organized crime.

Mariska Hargitay was devastated after her co-star's exit years ago. In addition to the fans, she is particularly happy about the renewed collaboration for the Law & Order crossover considering the two are incredibly close friends.

Mariska told People, "I was just so sad because we started this thing and built it together. And we went through so many milestones and spent so much time together and understood so many things that nobody else could understand."

"In television, when somebody leaves, obviously there's a grieving period, but the fans never moved on. And I think that is just so incredibly beautiful and so incredibly powerful." Now that they are finally back on screen together, she is happy for both the fans and herself. "It was this thing that I had really dreamed about."

When they first tested out their chemistry to read for the parts Meloni and Hargitay had an instant connection. Meloni explained, "From that moment forward… we walked into the screen test, me telling her a story, and we get up on stage in front of all the suits, and we're just so engaged. We said to the execs there, 'Just give us one second. I just need to finish this story. It's really funny.' From then on it was like, 'We got this." 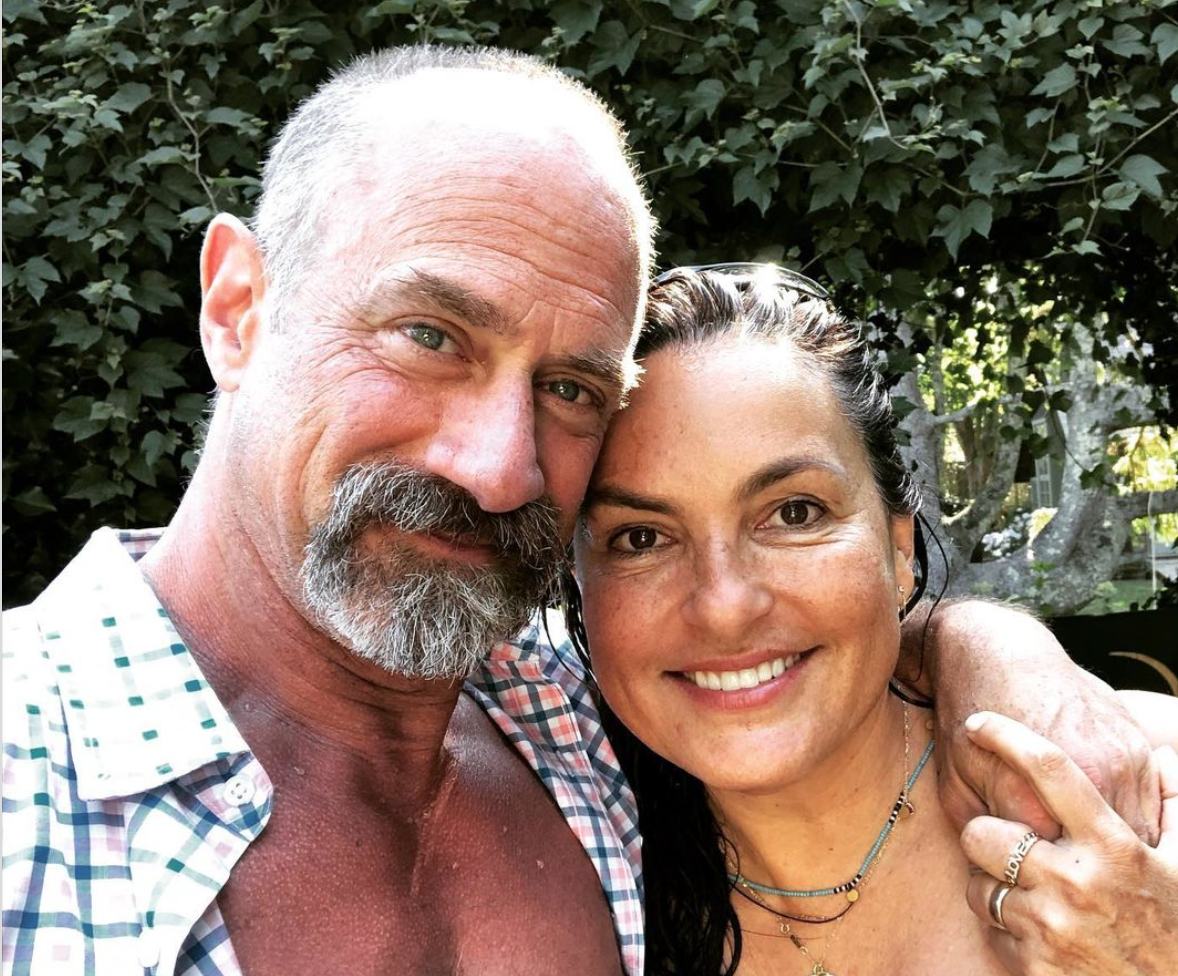 Mariska felt the same: "I walked in, saw him, and I went, 'That guy. That's the guy.' It went deep, very fast. We both knew that it was something big. I won't say that I fully understood it, but I knew that meeting him was important and life-changing. My father, my husband, [Law & Order creator] Dick Wolf and Chris are the four pillar men in my life. And that happened early."

Apparently, it was very easy for Meloni to step back into his old character's shoes next to Mariska. "It was Pavlovian: Ring that bell, and you get right into 'Stable' and 'Benson.'"

In their interview with People, Mariska lovingly said, "There was so much shorthand between us, which all goes back to the trust we have. He's always made me feel like I could just jump off the ledge, the cliff, the bridge, and he would catch me, in so many ways, whether it was comedy or acting or friendship."

Christopher added onto her sweet sentiments with, "It's simple. We have each other's back."

What 'Law & Order: SVU' Is Doing To Help Unemployed Actors

Princess Diana (†36): Her Life In Pictures