Katherine Heigl, who many still remember as "Dr. Izzie Stevens" from Grey's Anatomy, has recently been busy reflecting on her time with the hit series. In 2010, she gave up her Emmy-winning role. And while she doesn't regret leaving the show specifically, she would change aspects of her exit if she could do it over again.

Today, Katherine Heigl knows that she's made mistakes in her life — but the 42-year-old actress has also learned from them. The blonde started her career as a child model, following that with minor acting roles. But Heigl's career really took off with the premiere of Grey's Anatomy in 2005.

In 2007, Heigl won her Emmy for playing "Dr. Izzie Stevens" on Grey's Anatomy. But a year later, she spoke out against getting another nomination: "I did not feel that I was given the material this season to warrant an Emmy nomination," she said at the time.

For this, she received massive criticism and from then on was often called one of the most disliked and difficult Hollywood stars. Heigl now openly admits that she could have handled with the situation differently, as she explains in a new interview with People.

"I know there's a better way to deal with those things than I did," Heigl explained to the magazine. "I could have handled it with more grace." 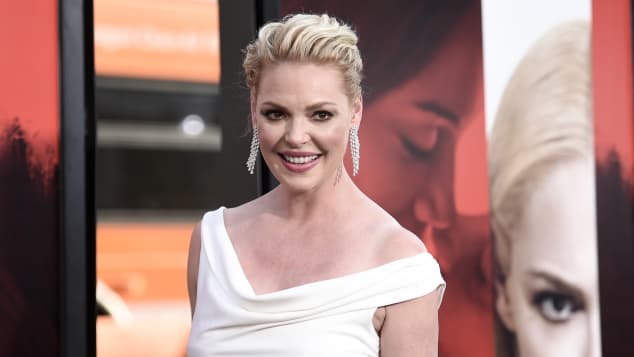 Heigl used her series exit to spend more time with her family, so there are no hard feelings for her now on leaving Grey's. But, she added: "I don't actually regret leaving Grey's Anatomy — I did the right thing for me and for my family — but I do regret the heightened drama I was feeling at that time."

In the interview, the actress also explained that she regrets not having heard of meditation and behavioural recommendations that could have helped her over a decade ago. For several years, however, she has been able to get her fears under control.

Katherine Heigl can now be seen in the new Netflix series Firefly Lane alongside Sarah Chalke. For more Heigl on Grey's, see her reaction to the off-screen "Izzy" storyline of last season here.

He's resting up and recovering!

Queen "must" say no, he says

Which actress stars as "Meredith Grey" on the show??