A 'Little House' actor was behind 'Malcolm'

Malcolm in the Middle is an American sitcom that enjoyed great success worldwide in the 2000s. But there's a little-known fact about the show that actually connects it to Little House on the Prairie, the classic NBC series about the "Ingalls" family. Do you know the detail that links Little House and Malcolm?

The series Malcolm in the Middle (2000-2006) was all about teenager "Malcolm" (Frankie Muniz), who leads a chaotic life as a genius with a quirky and dysfunctional family.

However, many do not know that the Fox series was not only created, but also produced and written by a Little House on the Prairie actor.

Linwood Boomer, 65, was the creator of the popular sitcom from the early 2000s. But classic TV fans will also know him for playing "Adam Kendall," a teacher and the eventual husband of "Mary" (Melissa Sue Anderson) on Little House on the Prairie. He played the part in 35 episodes across seasons 4-8.

According to Boomer, Malcolm in the Middle was an autobiographical examination of his personal upbringing. An amazing admission when you think of the chaotic pace of "Malcolm's" household, with an eccentric father, a testy mother, and a pair of brothers in trouble as frequently as he was.

In 2000, the actor told the Los Angeles Times that he himself was shocked by how many viewers were appalled by the portrayal of nudity in season 1. After all, he explained, this was a regular occurrence during his home life.

"I actually was stunned," Boomer said. "It never occurred to me that you shouldn't be naked in your own house. You spend all that money for a house for crying out loud."

The return of the "Ingalls" family

Why Linwood Boomer wrote Malcolm in the Middle

Boomer apparently came to create Malcolm in the Middle because he had always told stories from his life. It struck him that people thought his upbringing was amusing, so he decided to write it all down. That was the origin of Malcolm in the Middle, and the rest is history. 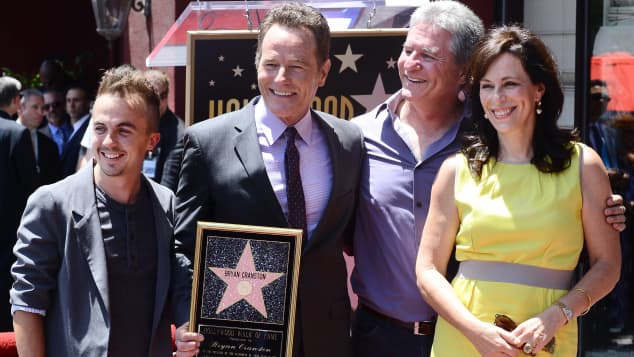 Boomer only acted a few more times after Little House on the Prairie. But he also had a hand in producing several other hit series. He worked on popular sitcoms such as 3rd Rock from the Sun and The Mindy Project.

The actor, writer, and producer also received an Emmy Award for Outstanding Writing in a Comedy Series for the "Pilot" episode of Malcolm in the Middle. In related news, "Malcolm" actor Frankie Muniz announced this year that he and his wife are expecting their first child.

His annual picks are in...

"I know who I'll be voting for"

'Malcolm in the Middle' Quiz

What is the name of the youngest brother of the siblings??