Fans of Santa Barbara will never forget the villain "Robert Barr." Actor Roscoe Born brought the character to life with his unique charm. But, sadly, the star passed away earlier in 2020. Let's take a look back at his Santa Barbara role and the actor's life beyond the soap opera.

Roscoe Born (†69) played "Robert Barr" on Santa Barbara and remained on the minds of fans for years after. Though "Robert" was one of the soap opera's villains, he was very popular with viewers.

The reason for this was mainly his love affair with "Kelly Capwell" (Robin Wright). "Robert" and "Kelly" got to know each other through the mob with whom they were both involved in business. Unfortunately, there was no happy ending for the couple, as the storyline ends with the death of "Robert" in a 1990 episode.

Still, the relationship between "Kelly" and "Robert" was one of the most popular on Santa Barbara, alongside the dreamy love story of "Eden" (Marcy Walker) and "Cruz" (A Martinez).

Born starred on Santa Barbara as "Robert Barr" from 1989-1991. Beginning in 1990, he even played a double role, also playing "Quinn Armitage," the twin brother of "Robert." The part earned him an Emmy nomination in 1990. But Santa Barbara isn't the only soap that Born starred on.

'Santa Barbara': These Stars Have Passed Away

His first long-term TV role was on Ryan's Hope from 1981 to 1983, later returning to the role in 1988. He also had a part in the long-running soap opera One Life to Live, where he slipped into character as "Mitch Laurence" again and again from 1985 through 2012.

Santa Barbara was far from Born's only portrayal of a bad guy. He played antagonists in the soap operas just mentioned and the pattern continued through his career.

One exception was his role in The City, where he proved his musical talents as "Nick Rivers." His last major role was that of "Tom Fisher" in The Young and the Restless from 2005 to 2006. He also returned as "Tom" in 2009 one more time. 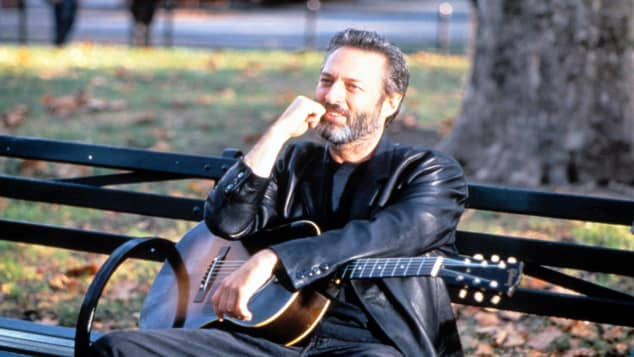 Born's final acting role came in 2012 on One Life to Live, before he quietly disappeared from the television scene.

This year, there was finally sad news that Born had passed away. He died on March 3, 2020, at the age of 69. As his family announced, the actor died by suicide after a longstanding struggle with bipolar disorder. It was "a shadow that he succumbed to when he took his own life," the Born family said.

Today, Santa Barbara fans continue to remember star Roscoe Born (1950-2020), even if the soap is no longer airing now. For more on the show, see a throwback to Leonardo DiCaprio's Santa Barbara stint here.

'Little Lord Fauntleroy': The Cast Then And Now

The Most Emotional Celebrity Moments of 2020