Way back in 1888, the French inventor Louis Le Prince accomplished a stunning first: a successful experiment in moving images. He pointed his camera and filmed a short clip that came to be known as Roundhay Garden Scene. Here's a look at that film, commonly called the world's first and earliest motion picture.

The year was 1888. The Victorian Era was well underway, and President Grover Cleveland was in the White House.

At the time, photography had been around for about 50 years. But inventors in the US and Europe were racing to create a related technology that would forever change the world: motion picture film.

The first film ever made was shot in 1888

Today, it may be difficult to imagine a world without moving images — films, TV, the Internet — but that's precisely how the world was until a breakthrough around 130 years ago.

In the 1880s, famous names like Thomas Edison and the Lumière Brothers were working on experiments with filmmaking and viewing technologies. But a lesser-known French inventor named Louis Le Prince actually beat them to it.

Le Prince, working out of Leeds, England, refined his motion picture camera and, in 1888, successfully filmed his friends and family in the garden of a home in Roundhay.

The film would come to be known as Roundhay Garden Scene. The cinematic first runs just under 2 seconds, and it can be viewed on loop below.

However brief, Roundhay Garden Scene is a remarkable accomplishment and record of the world in motion over 130 years ago. It's commonly cited as the earliest surviving film, and it's possible that it is truly the first film ever shot.

Other well-known experiments in filmmaking followed in 1889 and later, but Le Prince is thought to be the first to create films in late 1888.

It's probably not what you think...

THIS Is What Prince William Did To Impress Kate!

Here are a few more facts about the history-making film:

The 1895 Lumière film Workers Leaving the Lumière Factory is often mistakenly called the world's first. It came seven years after Le Prince's 1888 footage, though it is among the first films screened publicly in 1895. 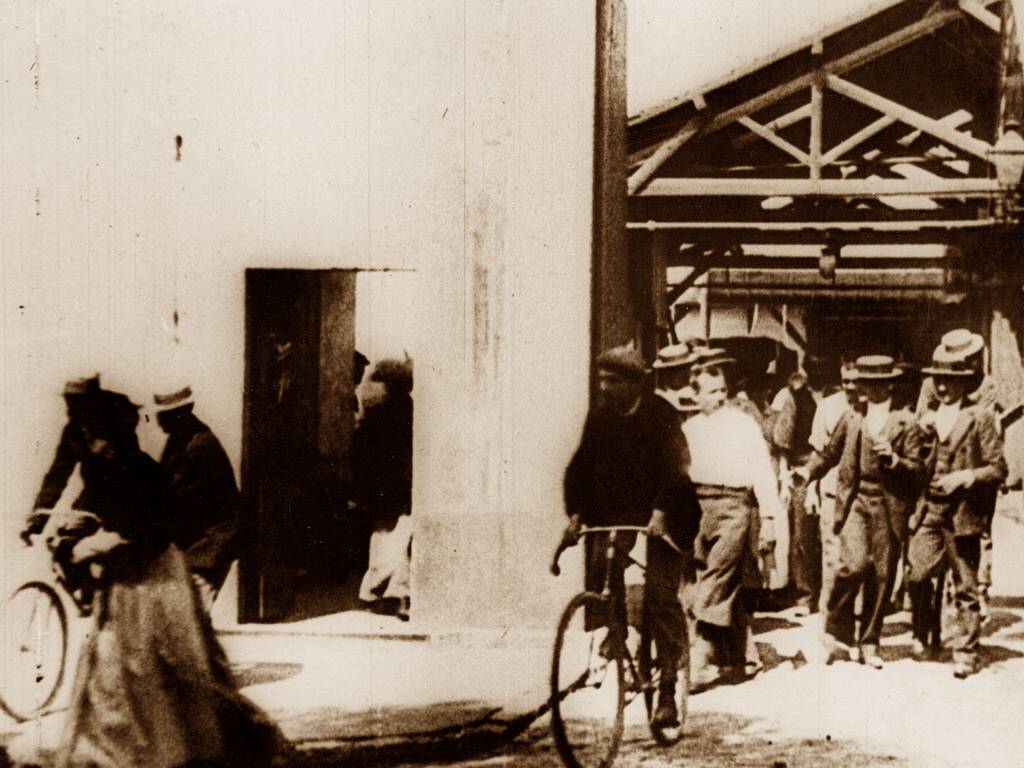 Louis Le Prince, however, mysteriously disappeared from a train in 1890. He was never found, and he was unable to claim his place in early film history.

Edison, in the US, and Auguste and Louis Lumière, in France, became the names associated with inventing film in its earliest days.

Who played "Belle" in the live-action remake of 'Beauty and the Beast'??

From teacher to First Lady!

Jill Biden: What You Need To Know About The New First Lady Of The United States