A popular figure in the 'Star Wars' universe

'The Mandalorian': This Is "Ahsoka" Actress Rosario Dawson

The Mandalorian has brought back "Ahsoka Tano," the popular ex-Jedi Knight known to fans from previous Star Wars productions. While "Ahsoka" was previously only seen as an animated character, Rosario Dawson plays the first live-action version of the character on The Mandalorian. Find out what to know about "Ahsoka" and Rosario Dawson here.

The Mandalorian is among the most popular entries in the Star Wars universe, but it's not the first place fans have seen "Ahsoka Tano." The ex-Jedi Knight featured in Star Wars: The Clone Wars and Star Wars Rebels. Through these animated series, the character gradually became a fan-favourite.

But how does the story of "Ahosoka Tano" begin? She was discovered by the Jedi Master "Plo Koon" and eventually became a student of "Anakin Skywalker." At his side, she fought in battles during the Clone Wars.

In doing so, she crossed paths with other popular Star Wars characters, including "Obi-Wan Kenobi," "Yoda," "Mace Windu" and "Padme Amidala."

Long before The Mandalorian brought "Ahsoka" into play, the fighter was caught up in exciting stories. After falling out with the Jedi Order, she left them and was instead recruited by "Bo-Katan Kryce" to fight the former Sith Lord "Darth Maul."

Her fight against "Maul" occurred at the same time as Revenge of the Sith and the proclamation of Order 66, when "Ahsoka's" soldiers rebelled and "Maul" managed to escape. "Ahsoka" also escaped, but she didn't want to fight against the empire, so she joined a rebellion where she met the main figures of the Rebels series.

Now, The Mandalorian has taken up "Ahsoka's" story again. Following the incidents of Star Wars Rebels, it's unclear just what "Ahsoka" experienced after, but viewers learn more in The Mandalorian season 2. Before that, "Ahsoka" helped "The Mandalorian" (Pedro Pascal) find "Baby Yoda / Grogu."

In the series, "Ahsoka" also gets an actress in live-action form for the first time: Rosario Dawson. She was discovered by the director Larry Clark and made her acting debut in 1995 in his film Kids.

All about "Baby Yoda"

Before Dawson joined The Mandalorian, she was known for roles in many other series and films. In 2005, the 41-year-old even won a Satellite Award for Best Supporting Actress (Comedy/Musical) for her work in Rent. 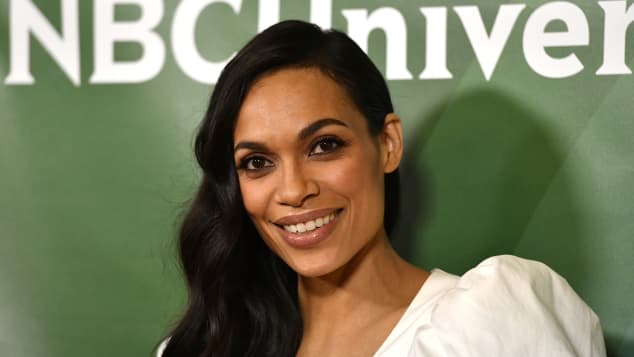 What's more, "Ahsoka" will get her own spin-off on Disney+, as announced in late 2020. So fans will see a lot more of Rosario Dawson as "Ahsoka," with her as the focus of the action. For more on The Mandalorian, get to know the full cast better here.

A history of revolutions and civil wars

Hospital has been asking for her pledge for years

A Long Time Ago...There Was A Variance in the Force

Mistakes In The 'Star Wars' Universe

These Celebrities Have Had A Near Death Experience