Tom Cruise: These Are His Ex-Wives and Ex-Girlfriends

Tom Cruise remains one of the most successful actors and safest box-office bets in Hollywood today. So it's not surprising that he's been attached to more than a few women over his decades in the spotlight. Here's a flashback to the famous ex-wives and ex-girlfriends of Tom Cruise.

Tom Cruise, 58, has wrapped more than a few Hollywood leading ladies around his finger over the years. In the past, Cruise has had numerous love affairs with A-list stars and musicians. Here's a look back at his ex-wives and ex-girlfriends.

Some may forget, but Tom Cruise was in a relationship with singer Cher from 1985 to 1986. Looking back, they are definitely one of the strangest VIP couples ever. However, Cruise's young love ended not long after it began—in contrast to his first marriage, to Mimi Rogers.

Cruise and Rogers were married for four years in the late '80s. The marriage ended when Cruise met Nicole Kidman on a film set and began an affair with her. 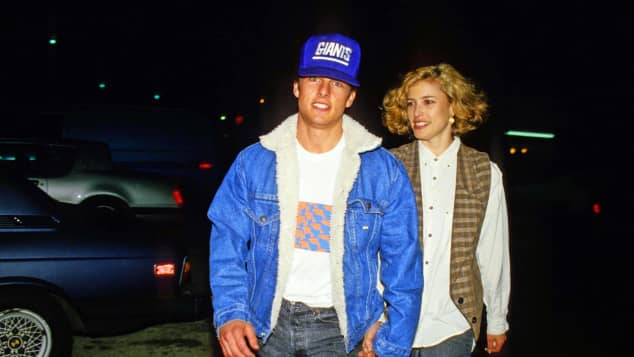 Tom Cruise was married to Nicole Kidman for a whopping 11 years—not bad for a Hollywood marriage. They tied the knot in December 1990. During their union, they adopted the two children, Isabella and Connor. However, in August 2001, the actors and frequent co-stars filed for divorce.

Next, Cruise fell in love with Spanish actress Penélope Cruz. The relationship lasted for three years until it broke up in January 2004. The actor is then said to have had affairs with the actresses Nazanin Boniadi and Sofia Vergara, but neither of them tied him down.

Through The Years With Tom Cruise

It wasn't until Cruise met Katie Holmes that he found himself in another serious, longterm relationship. (And who could forget the actor violently confessing his love for Holmes on Oprah Winfrey's couch?)

The two were married in 2006, and they have a daughter, Suri Cruise. But the Mission: Impossible star's his third marriage did not go smoothly yet again, and it ended in divorce in 2012.

Cruise has officially been single since his divorce in 2012. Though, since then, rumours have had him attached to Orange Is the New Black star Laura Prepon. In addition, while filming of Mission: Impossible 6, there was speculation of Cruise dating his co-star Vanessa Kirby.

So far, however, Cruise has not publicly confirmed any relationships since the Katie Holmes split. He and Kirby are currently filming Mission: Impossible 7, where he also made headlines for a heated tirade about workers not following COVID-19 protocols.

Archie Lyndhurst's Mother Reveals His Cause Of Death In Emotional Message