Zachery Ty Bryan has been sentenced to 36 months of probation after pleading guilty to two counts from a domestic violence incident in October 2020. On Tuesday, the former child actor was convicted on charges of "menacing and assault in the fourth degree constituting domestic violence." Bryan, 39, is remembered for playing "Brad Taylor" on TV's Home Improvement in the 1990s.

Bryan, 39, pleaded guilty to two misdemeanour counts on Tuesday after he was arrested and charged in October 2020 for an alleged strangulation incident. According to USA Today, he was convicted on charges of "menacing and assault in the fourth degree constituting domestic violence."

Reports say Bryan's sentence includes conditions that he must partake in a batterer intervention program and make no contact with the victim.

In October, Bryan was facing charges of strangulation, fourth-degree assault, and interfering with making a report, all stemming from a domestic incident in which he allegedly strangled his 27-year-old girlfriend. In total, six charges were dismissed in the case.

In a statement made to media, the Lane County District Attorney said: "While Mr. Bryan was charged with additional crimes, including two class C felonies, it is in the interest of closure for the victim and in recognition of the backlog of cases we have due to COVID restrictions that make me believe this resolution is in the interest of justice."

Shortly before the domestic incident occurred in October 2020, Bryan announced that he had split from his wife of 12 years, Carly Matros. The victim in Bryan's conviction was an unidentified 27-year-old woman, believed to have been Bryan's girlfriend. 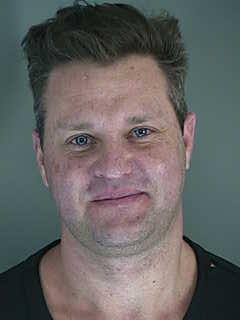 Zachery Ty Bryan: Mugshot from 2020 after being charged with two felonies.
(© Getty Images)

The 39-year-old former actor is known for playing "Brad Taylor," the son of Tim Allen's character, on the 1990s sitcom Home Improvement.

Celebrity Couples We Rarely See Together