What a six pack!

Nicole Kidman Shows Off Abs On Red Carpet At 54

view gallery
Nicole Kidman is one of the most famous actresses in the world
(© Getty Images)
Follow: Google
News

Wow, wow, wow! Nicole Kidman takes our breath away with her red carpet look from the CMA Awards. In her stunning black dress, the 54-year-old was super sexy at the event alongside her husband, Keith Urban.

Oscar-winner Nicole Kidman, 54, appeared at the Country Music Association Awards alongside her husband Keith Urban, who has been a staple in the country music industry for many years.

Nicole Kidman blows everyone away with her red carpet look

Nicole Kidman wore a cut-out Yves Saint Laurent dress designed by Anthony Vaccarello. She showed a lot of skin in her mid-section, which shows off her incredibly fit six-pack. The lower half of the dress had a sky-high slit that accentuated the actress' legs perfectly. 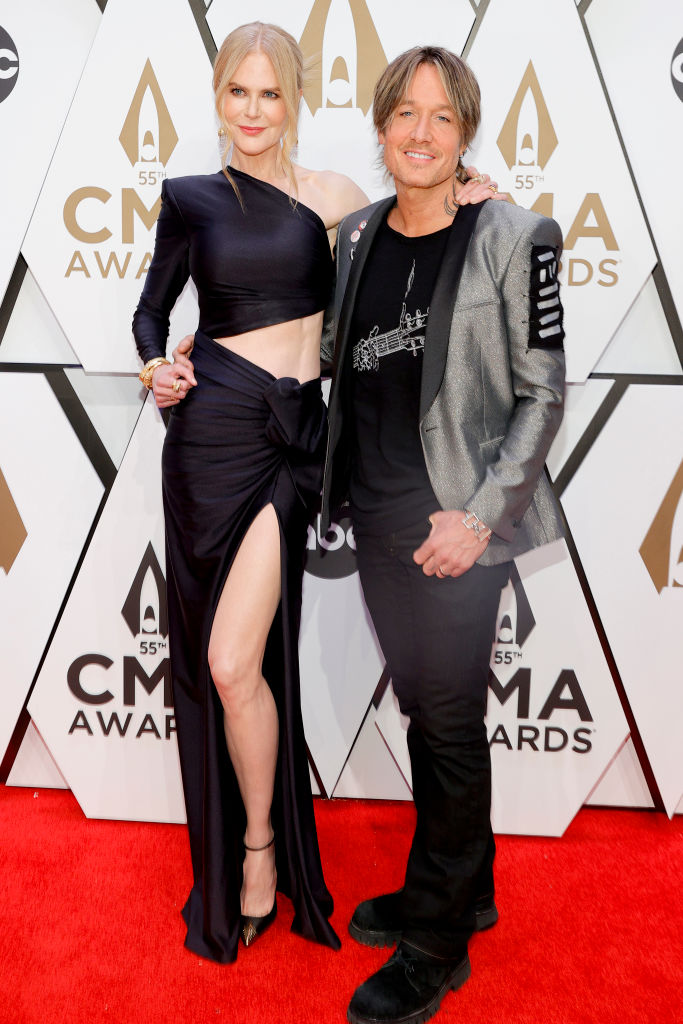 Her husband Keith Urban performed his new single "Wild Hearts" at the awards and as always, Nicole was his biggest fan. Nicole Kidman and Keith Urban have been married for over ten years. Before that, Kidman was in a relationship with Tom Cruise, with whom she has a son and a daughter.