On Monday, Machine Gun Kelly shared that he and Megan Fox now have a cat together! The two stars have been engaged for a couple months, and Kelly shared several photos of them with their furry new family member. See the sweet new selfie the rapper posted here!

Megan Fox and Machine Gun Kelly have officially added a third member to their family! On Monday, Kelly took to social media to reveal that he and Fox now have a cat called Whiskey, sharing some sweet photos of their new addition!

Kelly posted several photos of Whiskey on social media as he introduced the couple's new pet to the world. "welcome Whiskey to the gang XX," he wrote on Instagram. He shared a photo of the cat yawning and some pics of them together, including a selfie that sees him and Fox wearing brightly coloured leopard print to match Whiskey's fur pattern! 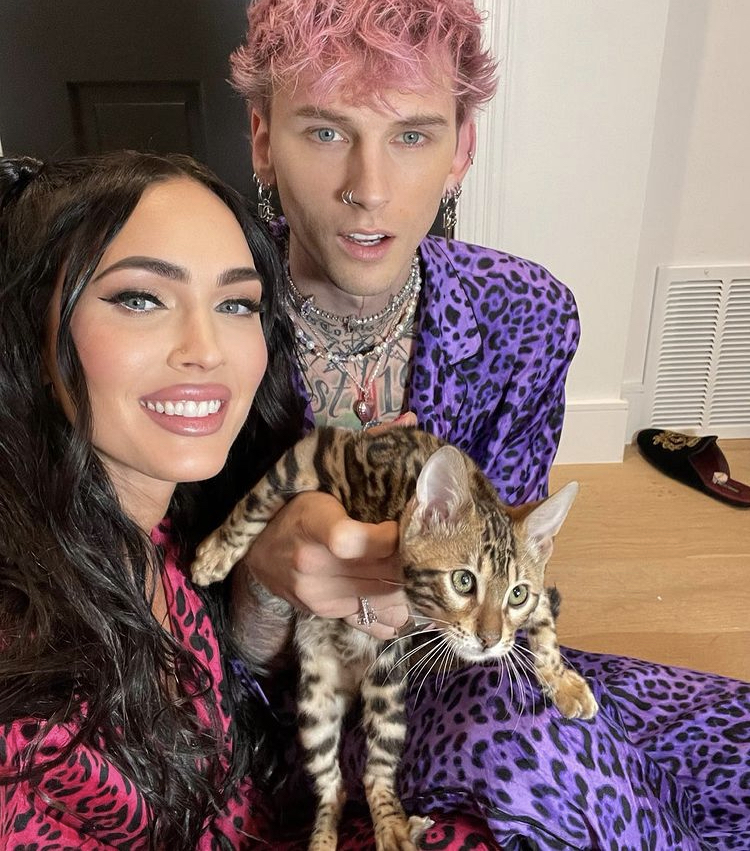 The rapper's post didn't mention when and where he and Fox got Whiskey, or how the animal ended up with its name. At this time, we don't even know if Whiskey is male or female! What is clear however is how much both Kelly and Fox seem to adore the third member of their family.

They Did What!? Megan Fox And Machine Gun Kelly Drank Each Other's Blood

These Are The Cutest Celebrity Pets!

Kelly recently talked about his engagement to Fox, sharing his dream vision for their wedding during a new talk show interview. And while Fox hasn't posted about Whiskey just yet, instead opting to share images of herself wearing a sexy fishnet look, we're sure these photos Kelly shared will be the first of many featuring their adorable new family member!