Luke Bryan had to interrupt a fishing trip because he accidentally hooked... himself! The "Country Girl" singer even had to get medical help!

The country megastar Luke Bryan had a gruesome accident! He is alright and the tough guy was able to handle it but boh oh boy, was he scared! Warning! Graphic!

The 44-year-old musician was supposed to have a relaxing fishing trip with his friend on Tuesday but had to step away from the water! Luke Bryan posted a video to his Instagram with the simple caption: "Dammit."

In the video, you can see the "One Margarita" singer with a three-pronged fishing hook in his thumb! One prong poked all the way through the skin and came out the other side while another was stuck into his finger. Luckily there was very little blood! He and his fishing pals are laughing in the background and Luke says, "This is gonna leave a mark. Pretty sure that's in my bone."

He even posted on his Instagram story footage of his journey to the doctor with his guitar tech saying, "I invited Russ on a fishing trip and leave it to me. I ruined the fishing trip. But we'll be back on the water in about 25 minutes."

He then recorded footage from inside the doctor's office while he squirmed and squealed having the hook taken out! Then finally he showed footage from back on the water and donning a big thumbs up saying "Got the hook out! We're back." 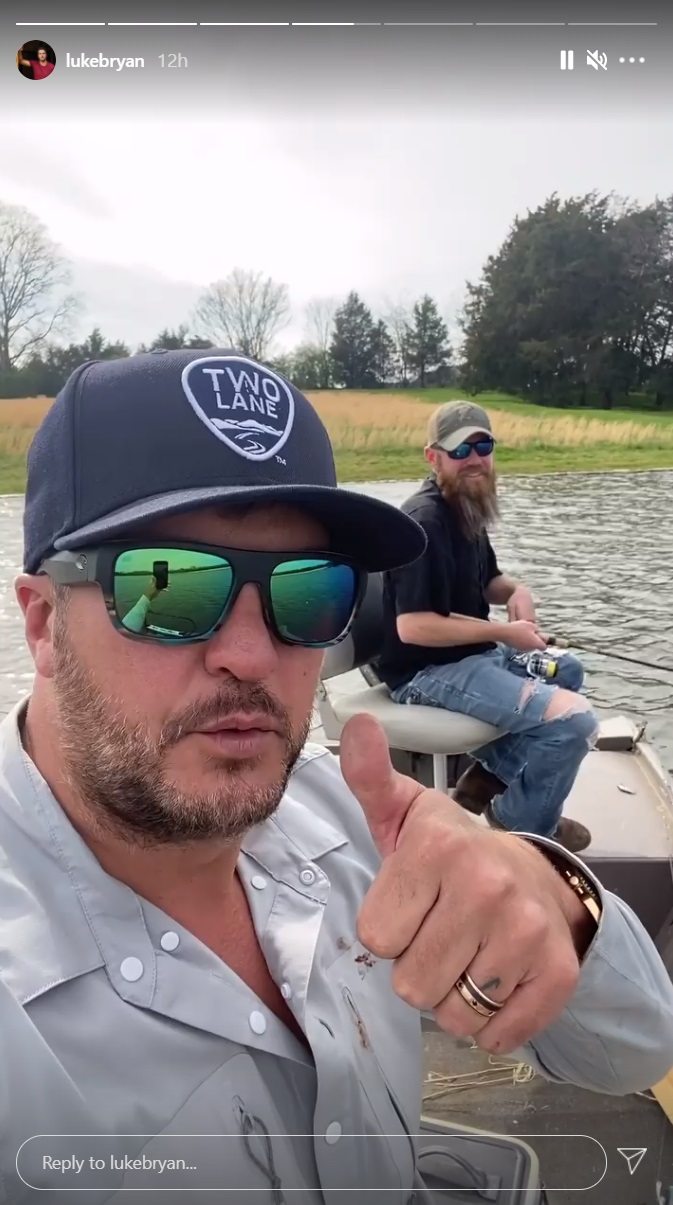 Luke seems to be pretty accident-prone and also posted footage of his recent ski trip with his son. In the video, he tries to record his young son from behind but he accidentally caught too much speed, passed his son, and "wiped out!"

Hopefully, the American Idol judge will be a bit safer from now on!

Two And A Half Men Guest Stars