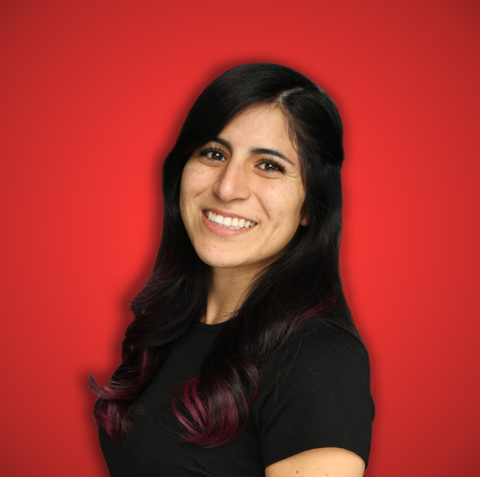 All the way from San Diego, Anna came to give the people what they want. Shamelessly addicted to reality TV, she watches whatever you secretly want to but are too embarrassed to even try. She has another thirst that hopefully cancels out her disturbing addiction, a thirst for good cinema. Instead of water, she drinks the films of the all-stars Nolan, Kubrick and Malick to the misfits, Tarantino, Herzog, and Lynch. So from award-winning films to catfights on the Kardashians and 90 Day Fiancé, she watches it all for you (but mostly for her).

These Are John Mayer's Famous Ex-Girlfriends
Mark Consuelos and Kelly Ripa's Love Story
Princess Margaret Young: Her Life In Pictures
The Most Powerful Transgender Women In Hollywood
Anne, Princess Royal: Through The Years
Who Was Dodi Fayed, Princess Diana's Last Partner?
The European Future Monarchs - Meet the Kings and Queens To-Be
The Cast of 'Jane The Virgin' In Real Life
Celebs Who Love Leopard Print
These Stars Played The Late Princess Diana
Tyler Hoechlin: "Superman's" Rise To Fame
'Westworld': 5 Fun Facts About The Show
Beyoncé's Incredible Career In Pictures
Lily Tomlin and Jane Fonda: Their 40 Year Friendship
Richard Gere Through The Years
Gene Simmons: Young Days Of Kiss
These 10 Powerful Latina Women Are Inspiring New Generations
Salma Hayek And Edward Norton's Relationship
These True Crime Shows And Movies Are About Real-Life Celebrities
Movies With Antonio Banderas: His Best Roles
Through The Years With Dylan And Cole Sprouse
The Hottest Pictures of Jason Momoa
"Gibbs" On 'NCIS': These Are His Most Important Rules
'NCIS' Season 1 Cast Today