This Is Eva Longoria's Impressive Net Worth

In the 2000s, Eva Longoria became known for work on The Young and the Restless before Desperate Housewives made her a household name. But these shows also made the American star one of the most wealthy in the business. Let's take a look at her impressive net worth.

Eva Longoria, an actress of Mexican-American descent, was born the youngest of four sisters on a ranch in Texas. In 1998, she was Miss Corpus Christi in her hometown. She aspired to be a model, but was rejected because of her short stature, so she instead began to act. In 2000, she had small roles in well-known series such as General Hospital and joined soap opera The Young and the Restless soon after.

In 2004, Longoria signed the contract that would lead her to fame with Desperate Housewives. On the show, she starred as "Gabrielle Solís" alongside Teri Hatcher, Felicity Huffman, and Marcia Cross for eight seasons, until the finale in 2012.

All this success made Longoria one of the wealthiest celebrities, with a fortune of around $80 million, according to Celebrity Net Worth. With a long career in film and TV, Longoria has managed to win fans worldwide. But she's also held in especially high regard in Mexico, where she has family roots. 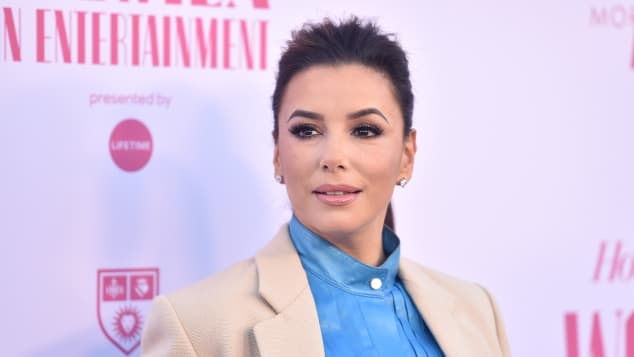 Eva Longoria: The Net Worth of the Desperate Housewives actress
(© Getty Images)

Recently, Longoria even placed one of her many residences on the market. The Hollywood Hills, Los Angeles, mansion reportedly has an asking price of $3.8 million.

Mariah Carey: This Is Her Net Worth

We'd be remiss to not also mention Longoria's off-screen talents: in the world of real estate and business. She owns several other Los Angeles properties, including a renovated Beverly Crest mansion, which she acquired in 2017 for an eye-popping $13.5 million. She also launched a fashion line and owns the media company UnbeliEVAble Entertainment.

She's a seriously successful actress and businesswoman. For more on her life, meet Eva's husband here or check out her best fashion statements here.

'Miracle on 34th Street': Where Is Mara Wilson Today?