On Tuesday, Abigail Breslin took to social media to reveal that she is engaged! The actress can now call boyfriend Ira Kunyansky her fiancé, and she has shared a photo of her sparkly new ring. Find out more here!

Abigail Breslin is officially taking her relationship to the next level! The actress has revealed that she is engaged to Ira Kunyansky, sharing the news with fans in a new Instagram post on Tuesday.

Breslin and Kunyansky have been together for several years. While the exact timeline of their relationship is unknown, they were first romantically linked back in 2017. And it seems as though saying "yes" to Kunyansky's proposal was a no-brainer for Breslin! "I was like, 'duh,'" Breslin wrote on Instagram. Her answer brings to mind another young actress, Billie Lourd, who responded similarly when her fiancé proposed to her in 2020! 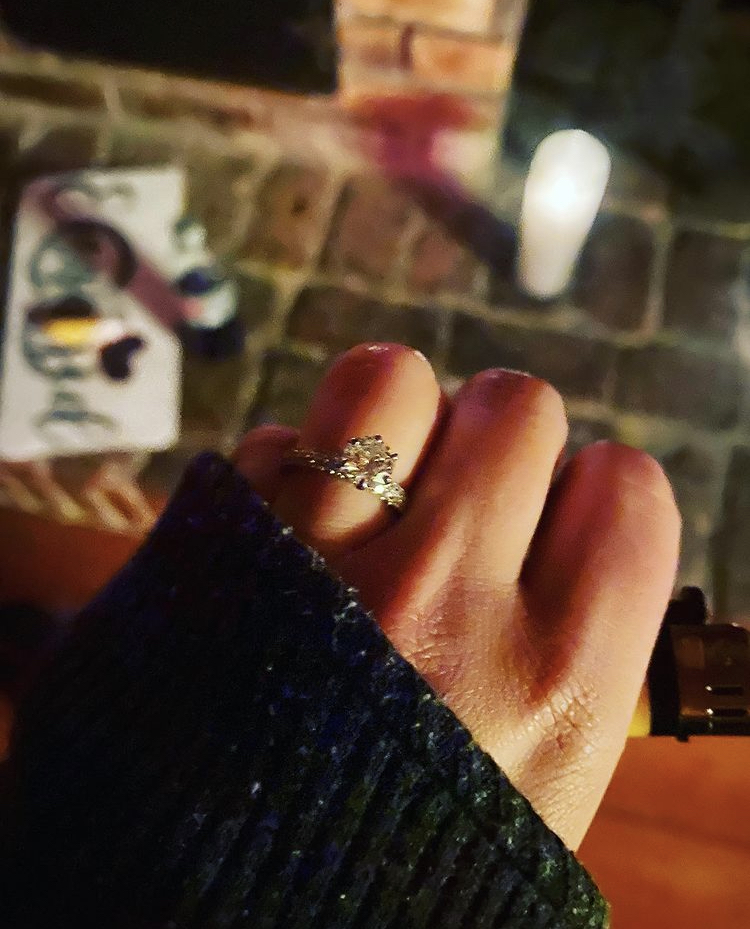 Abigail Breslin posts a photo of her engagement ring on Instagram on February 22, 2022.
(© Instagram/@abbienormal9)

The actress known for movies such as Little Miss Sunshine and Zombieland: Double Tap also included the hashtag "#engagedyall" and a photo of her engagement ring, which features a beautiful diamond. It seems as though Kunyansky's proposal took place in Malibu, since Breslin's new fiancé shared some photos of the couple together there along with the news!

Celebrities Who Have Tied The Knot In 2022

"She said YES!" Kunyansky exclaimed in his own Instagram post. Along with pictures of him and Breslin on the beach at night in hoodies and jeans, where the star can be seen flashing her shiny new ring, he also shared a photo of Breslin enjoying some lobster earlier on in the day. Congratulations to the couple on their exciting new chapter!