Going for the gold!

The most recent photo Ollie Locke shared on social media has certainly caught his fans' attention! The reality star snapped a pic while taking time for some self-care in an eye-catching way. See his outrageous new selfie here!

Ollie Locke has certainly surprised his fans with the look he shows off in his latest post! On Wednesday, the millionaire known for starring in Made in Chelsea shared a selfie on Instagram that sees him pampering himself in an unusual way.

Locke wears gold foil mask for "a glow up"

Locke took a photo of himself wearing a fancy-looking mask that certainly creates a unique look. With his long hair wrapped in a towel, Locke poses with wide eyes and a shocked expression. That's because the reality star has gold foil all over his face! 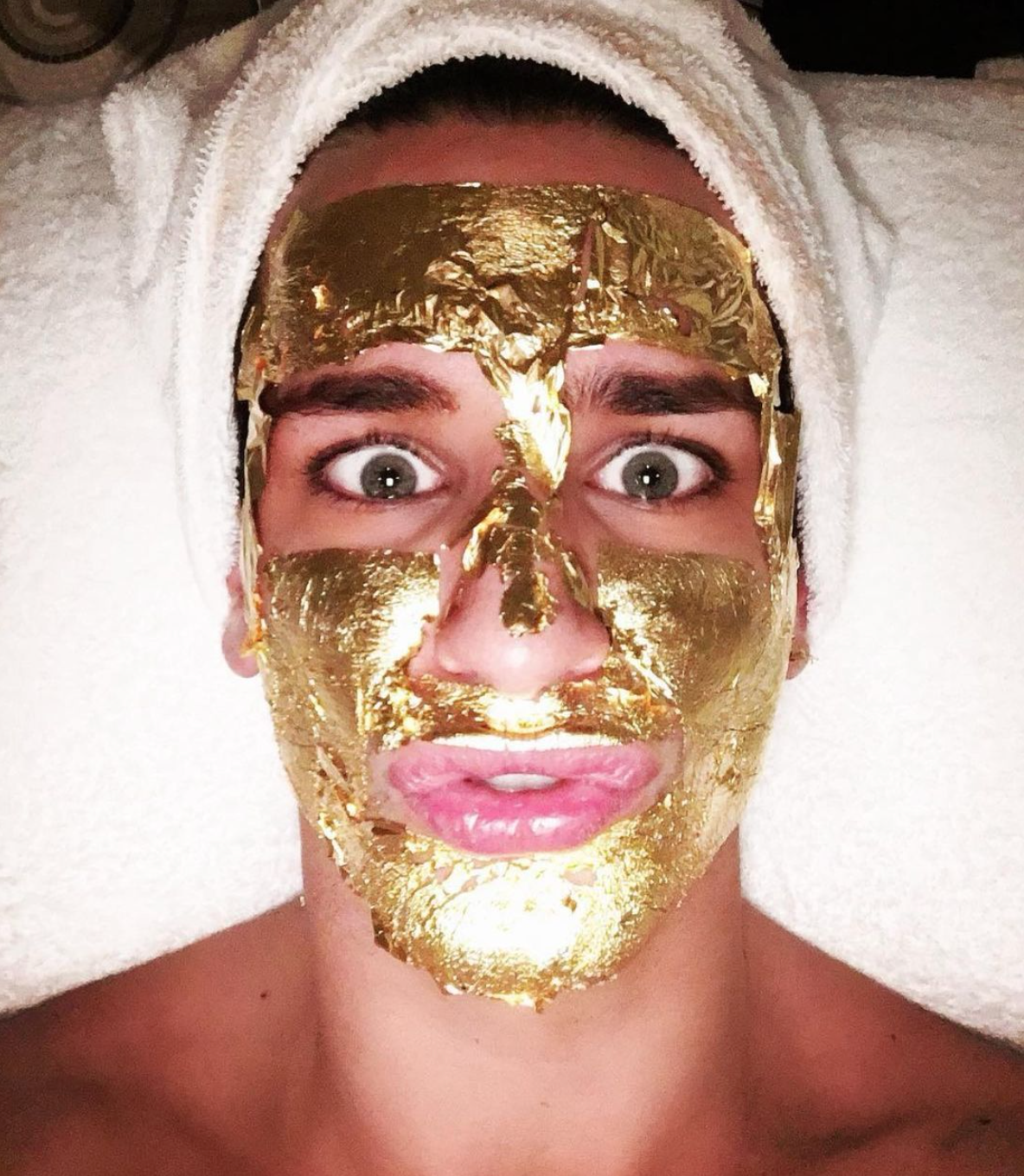 Ollie Locke shares a selfie on Instagram on March 23, 2022.
(© Instagram/@ollielockeworld)

"Well if you feeling old ever, become gold-member!" Locke quipped. While he acknowledged that the golden mask is "a ridiculous look," he commented on feeling the need for "a glow up" before the next series of Made in Chelsea. He also gave a quick shoutout to fans, calling them "my superstars" and thanking them for their support.

Kristen Bell Is Set To Launch Her Own CBD Skincare Line: "Self-Care Should Include Everyday Pick-Me-Ups"

"So handsome you don't need anything whatsoever," one of Locke's fans wrote. Another also commented that he resembles "an Egyptian mummy". Locke has become one of Made in Chelsea's most popular stars. With 485K followers on Instagram and over a million dollars in the bank, the 35-year-old is thriving thanks to the reality show!