Baby number two on the way!

On Monday, Jess Shears posted an adorable new snapshot of her family! The pregnant Love Island star took to Instagram to share the photo of her with husband Dom Lever and their son, and she looks like she's ready to pop. Take a look at the picture here!

Jess Shears has certainly delighted fans with the latest picture she posted on Instagram! On Thursday, the pregnant reality star shared a new selfie of her with husband Dom Lever, as well as their 2-year-old son— and their child-to-be!

Shears shows off baby bump with family of three

Shears and Lever began their relationship in 2017, and it's all thanks to Love Island! Even though Lever stayed on the show longer than Shears, the two ended up getting engaged shortly afterwards. The couple will soon expand their family for the second time, revealing earlier this month that they're expecting another baby boy. 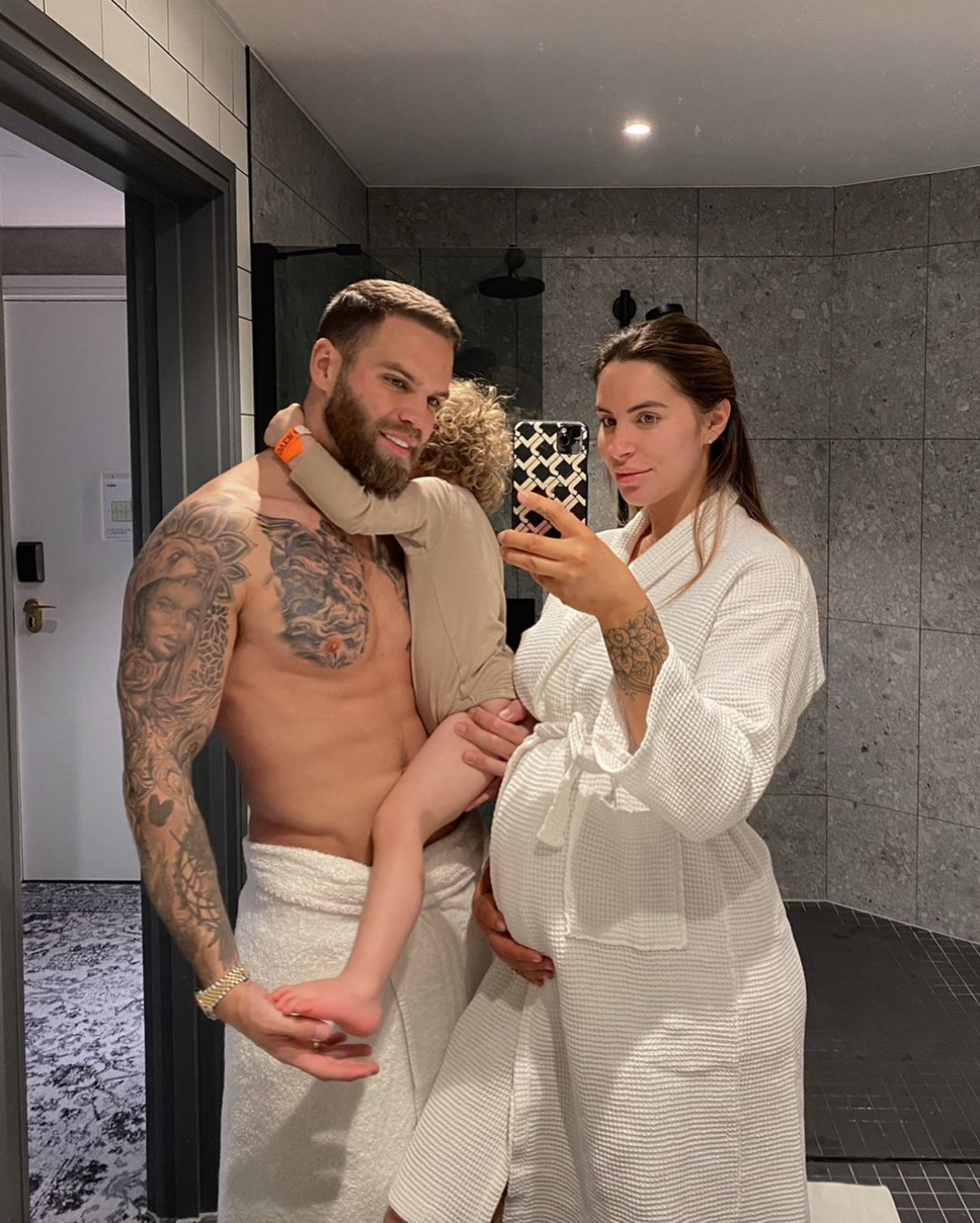 Jessica Shears posts a family selfie with Dominic Lever and their son on Instagram on March 24, 2022.
(© Instagram/@jessica_rose_uk)

The family picture Shears posted is a casual one that was taken in a bathroom. Lever poses shirtless and shows off his tattoos with a towel around his waist. The couple's curly-haired son wraps his arms around Lever's neck, while Shears wears a lightweight white maternity dress and places a hand under her baby bump.

'Love Island' 2016: What Are The Winners Nathan & Cara Doing Today?

'Love Island': Couples That Are Still Together

"Soon to be 4," Shears captioned the image. She and Lever welcomed their first child back in 2019, but they have surprisingly not shared his name with the world. Whether we learn the name of their next baby or not, hopefully we'll be meeting the Love Island couple's new arrival in the near future!

share on
Trending
How 'The Waltons' Replaced "John-Boy" Is Still Bizarre Today
'Duck Dynasty': This Is Jep Robertson Today