The two are totally in love!

This year, Heidi Klum's daughter Leni Klum attended Coachella with her boyfriend Aris Rachevsky. In a video Leni shared, the two were seen being quite flirty— and even shared a kiss! Find out about their sweet moment at the music festival here!

Stars from all over the world come together to cavort at the annual Coachella music festival, including Heidi Klum's 17-year-old daughter, Leni Klum! The up-and-coming model attended the big event with some friends this year, including her boyfriend Aris Rachevsky.

Leni seems to have had a lot of fun at Coachella! In her Instagram story, the 17-year-old posted a flirty video, which shows her and Rachevsky enjoying the music festival together. The lovebirds sing the hit song "Never Be Like You" by Flume to each other. 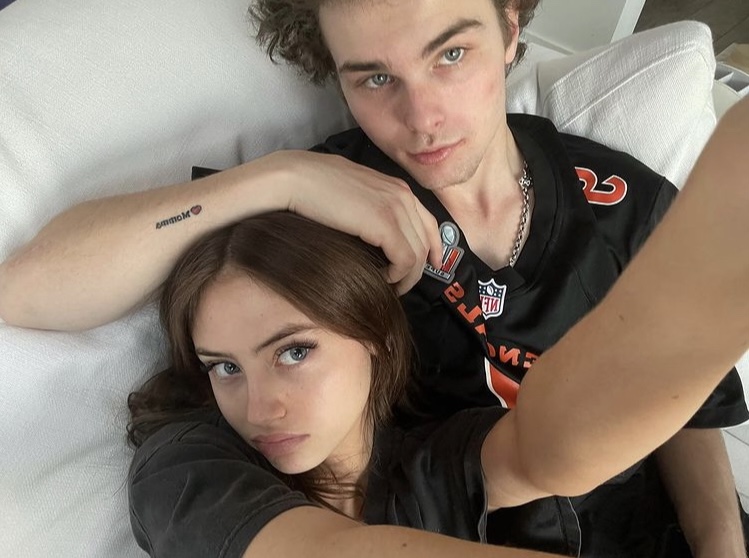 The two are seen in each other's arms and are very close. Then, they give each other a kiss— oh, they're so cute! Leni has been with the hockey player for over two years now, and seems to be totally in love.

Devin Booker Reveals What It's Like Being Kendall Jenner's Boyfriend!

Occasionally, she posts cute photos with her boyfriend on social media. In a rare picture Klum posted last month, they were even seen sharing a smooch! Hopefully we continue to see even more cute content of Leni and her boyfriend together in the future!

share on
Trending
A Surprising Choice! 'Bridgerton' Season 3 Revolves Around THIS Character
Martha Stewart Gives THIS Hollywood Couple Her Stamp Of Approval!