"They need you as the example"

Suzanne Somers Reveals Why She Was Fired From 'Three's Company'

Everyone remembers the hilarious '80s sitcom Three's Company starring John Ritter, Suzanne Somers, and Joyce DeWitt. But not many know why Suzanne left the series at the end of season 5. Now she is explaining what happened.

Suzanne Somers is really laying it all out on the table for ET's Iconic Leading Ladies of the '90s week. She even spills why she was no longer allowed to play "Chrissy Snow" on Three's Company!

No one could get enough of the fun roommates "Jack, Janet, and Chrissy" on the smash-hit series Three's Company. Fans were shocked when "Chrissy" played by superstar Suzanne Somers was replaced after season 5 by her "Cousin Cindy Snow," then "Terri Alden."

What happened? Now, Suzanne is finally telling her side of the story. 74-year-old Suzanne opened up to Entertainment Tonight's Kevin Frazier to explain what happened. She had a contract for five seasons and when her contract was up for renewal, she asked for a raise.

"So, we went in to renegotiate for six years because we had to, my contract was up. And they fired me. They fired me for asking to be paid commensurate with the men..." She was heartbroken but stood her ground. She had been earning $30,000 an episode but the series had skyrocketed in popularity and her male co-stars John Ritter and Don Knotts began earning far more than she was.

Suzanne quickly realized why production was willing to let go of a main cast member. She told Kevin, "They need you as the example so no other woman in television will get uppity and think that they could ask for parity with men."

When asked what she thought of John Ritter, she had nothing but kind things to say about him. "He's the greatest physical comic of our era, on par with Dick Van Dyke. John Ritter could flip over a couch and it was choreographed like a dance. He didn't count it out, but he did it the same way each time."

"I learned so much watching him, " the Step by Step actress said. "He was my real coach. I would just sit there and watch, see his brilliance and he had his demons. You know, when people are that nice they usually have demons."

It was undeniable that Suzanne and John's on-screen partnership was second to none. "But the chemistry between Chrissy Snow and Jack Tripper was magical and I think after I was fired, I think he irrationally got mad at me because he lost his sparring partner. I would be mad too and there was no going back. It wasn't up to me, it was up to the egos of the producers, and had they been smart -- I was on what, six years? It probably would have stayed on another six."

She saw herself as the "sacrificial lamb" but believed "it worked ultimately in my favor. That was my lesson. When one door closes, you know, crawl through the window."

The hardest part for Suzanne was being estranged from the people she had spent years working with. "Oh, it was so sad. It was so sad. It was like being shunned from your family and whatever those producers said to them when they went back to the rehearsal hall, they painted me as greedy. They painted me as she's trying to ruin the show, and so the whole show - cast and crew - shunned me."

She did not speak with the cast and crew again, only John Ritter reached out years later. He called her up in 2003 and suggested they work together again. "He said, 'You know, I'm doing a show, 8 Simple Rules, and we've got this dream sequence and I have this nightmare, and in the nightmare, you and Joyce [DeWitt] are in the nightmare."

Suzanne was not as fond of the idea. "I said, 'You know, the public has such a craving for you and I to be together again. I don't think my coming back as a nightmare is the best thing that we can do.' I said, 'Why don't we look for a proper project for the two of us?' and so we decided to do that. Let's find a show for the two of us and then a month later he died." 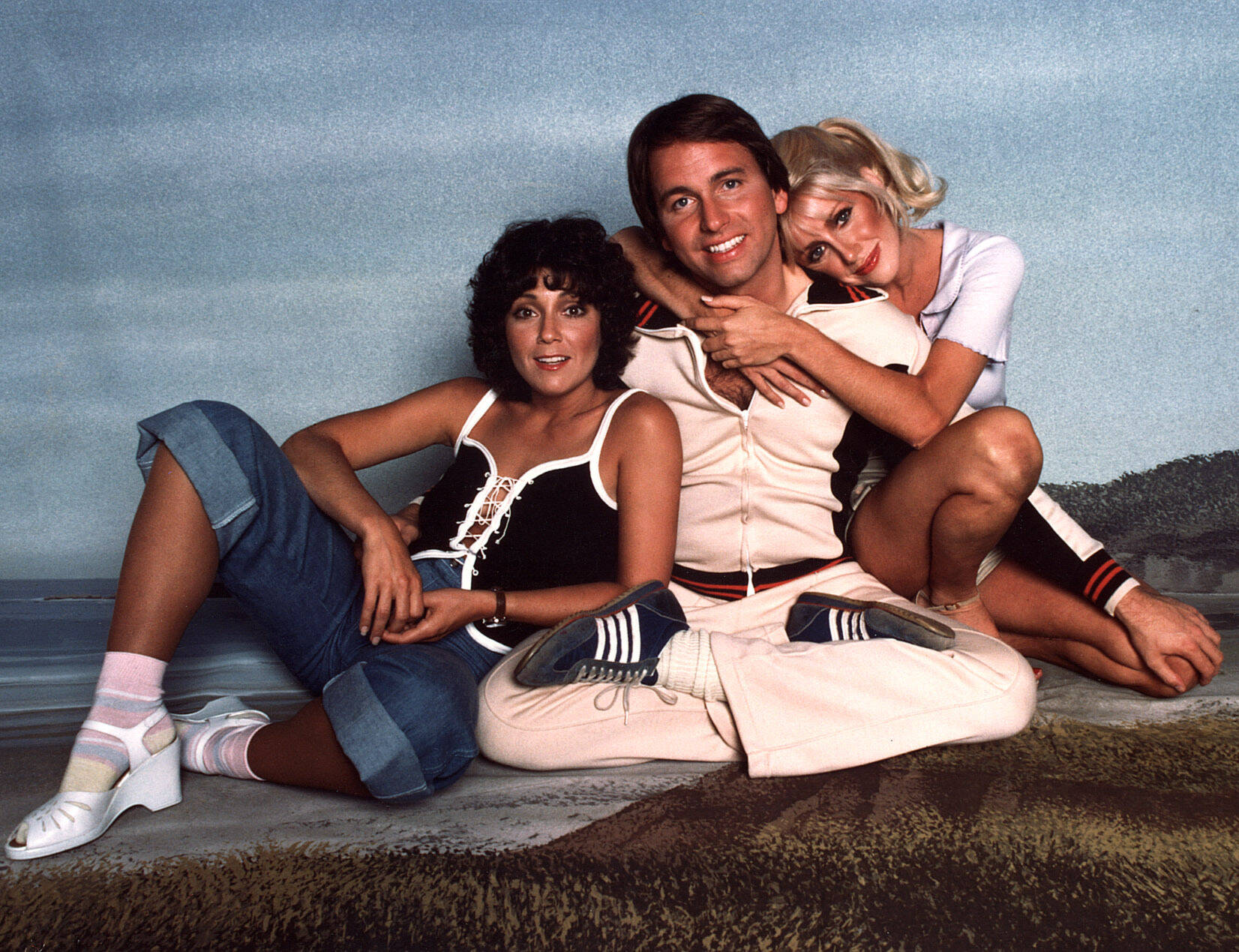 Somers built an impressive empire after she was fired from Three's Company, beginning with her investing in the hit workout "ThighMaster." She told Kevin, "I pitcher the ThigMaster and we stopped counting at 10 million units."

We've got a lot to learn from this superstar, including the secret to her 43-year-long marriage!

The two actors stars struggled with each other...

'Dirty Dancing': Did Patrick Swayze & Jennifer Grey Never Like Each Other?

Where did Kurt Cobain get the title for the hit song, “Smells Like Teen Spirit”? ?