Her beauty disaster on set!

In a recent interview, Shalita Grant said that wearing a wig while filming NCIS: New Orleans wasn't healthy for her hair. The show's former star revealed the damage her locks suffered, and explained that the way stylists treated her behind the scenes caused her to call it quits. See what she said about the situation here!

NCIS: New Orleans may have recently been cancelled, but Shalita Grant decided to leave the show years before due to the damage that wigs inflicted on her! On Monday, Grant was a featured guest on the talk show Tamron Hall, where she explained what happened to her hair while playing "Sonja Percy" in the crime drama.

Grant starred as "Sonja" in NCIS: New Orleans for several seasons before exiting the show in 2018. During her Tamron Hall appearance, she explained that the wigs she wore caused her to suffer "physical damage" as well as "emotional damage," the latter of which she said was "harder to document". The actress revealed that she first noticed a bald spot in mid-2017, and her hair looked worse as the show went on.

"Everybody on Twitter let me know, 'That looks like a helmet!,'" Grant said of "Sonja's" season 4 look, explaining that she "didn't care anymore, because I was protecting myself." She went on to share that she was even required to pay for the wigs herself, noticing a clear discrepancy between the way she and her co-stars were treated behind the scenes. Grant also addressed the claims of her being difficult to work with, asserting that she didn't feel supported and had to "save myself". 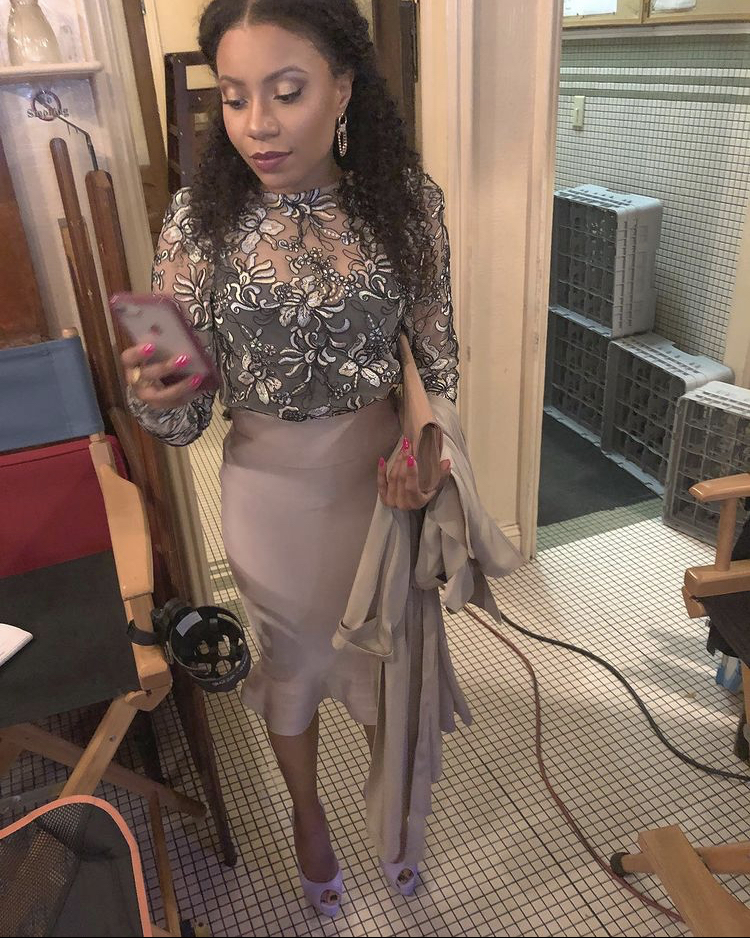 Shalita Grant shares a selfie from the set of Search Party on Instagram on June 23, 2020.
(© Instagram/@shalitagrant)

After leaving NCIS: New Orleans, Grant has since been seen in the popular series Santa Clarita Diet, Search Party, and You. She isn't the only cast member to make an early departure from the series either! Lucas Black played "Christopher Lasalle" for six seasons before announcing in 2019 that he would not be returning to the show, opting to spend more time with his family.