NCIS season 19 is nearing its end. They have just four episodes to go, and star Wilmer Valderrama shared a new tribute to his co-stars. See the sweet photo with the NCIS cast below.

NCIS season 19 is winding down. With just four episodes remaining, the stars don't have much time left together on set this year.

And several NCIS cast members have been sharing behind-the-scenes photos as the season nears its end. After Brian Dietzen shared a surprising update on David McCallum, another star has shared a nice cast picture.

Sweet NCIS photo: The season 19 cast behind the scenes

The rare behind-the-scenes picture is courtesy of "Torres" actor Wilmer Valderrama. He paid tribute on Instagram in a post with four of his co-stars. 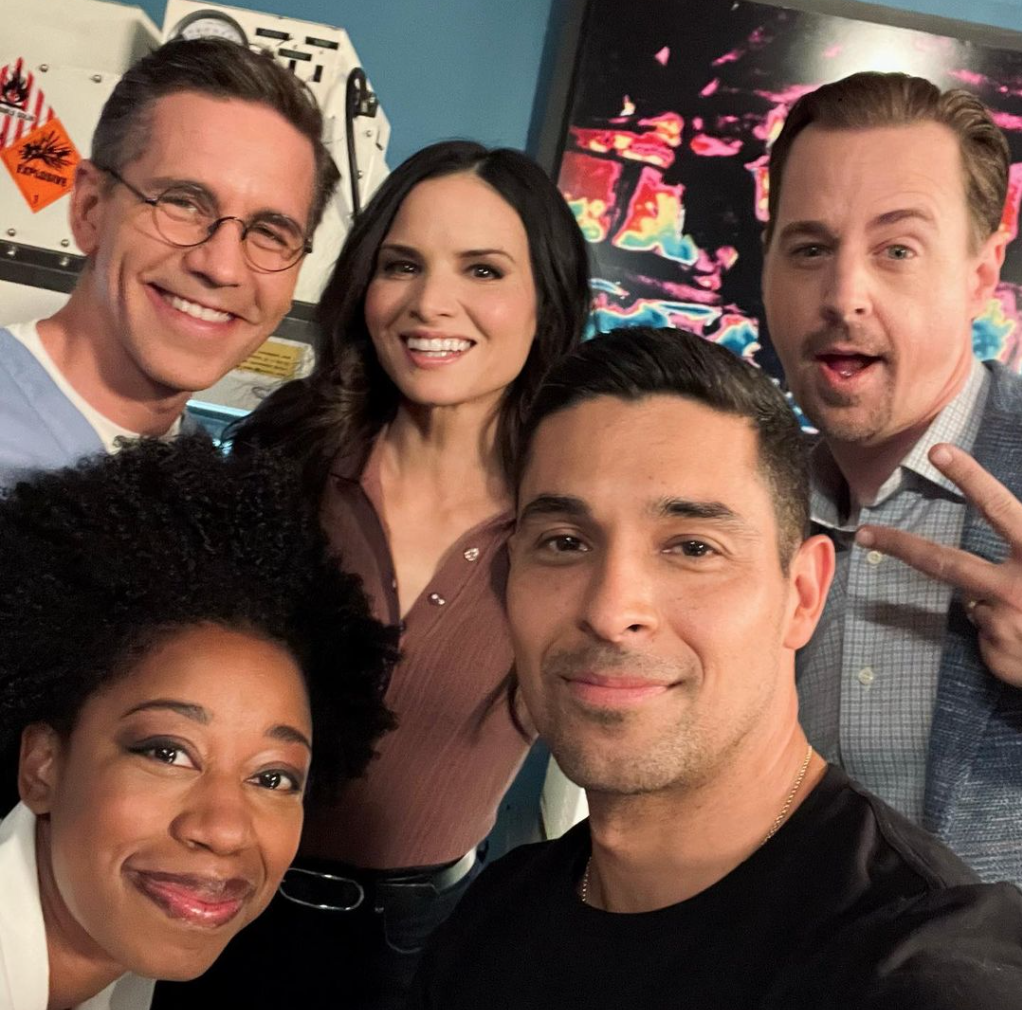 With the photo, Wilmer Valderrama wrote: "These great people, they bring me so much joy on set. #NCIS back on April 18th." He poses in a fun selfie with Diona Reasonover, Brian Dietzen, Katrina Law, and Sean Murray.

Jada Pinkett Smith Breaks Cover After The Slap – Is Will Smith With Her?

'Mork & Mindy': What Happened To The Cast?

NCIS season 19 has been off for a while, but it does finally return on April 18. The season has four episodes to go, and they will be back for a 20th season as well.