Her role's officially been filled!

On Monday, Ruby Rose shared her thoughts on Wallis Day getting cast as her Batwoman character! Rose took to her Instagram story to share a fan's post about her having played "Kate Kane" in the show's first season, using it to congratulate Day on taking over. See her response here!

Ruby Rose has spoken out about Batwoman's big casting shakeup! While Rose announced her departure from the CW superhero show last year, it was revealed on the weekend that British actress Wallis Day has now been cast in her former role of "Kate Kane"!

Rose says she has "nothing but good vibes" about recast

Rose took to social media to reach out to Day, congratulating her on joining the Batwoman cast via her Instagram story. While she reposted a fan's post that paid tribute to her version of "Kate," she also made it clear that she was thrilled for the show's newest addition!

"I'm sorry I didn't congratulate @wallisday yesterday," Rose wrote. She explained that while she knew Day had been cast as "Kate," she wasn't sure when the big reveal was happening and is "stoked for her" to take over the role! The actress also said that she wants fans to know that she has "nothing but good vibes" about the decision.

Rose has also shown her support for the new "Batwoman"

Rose shocked Batwoman fans when she released a statement last May saying that she would not be returning for the show's second season. She explained her decision to quit later on, saying that after suffering a back injury and having time to reflect on her goals in life, it felt right to her to step back.

Since the actress played the titular role, many were wondering what would become of the show when she left! It was then announced that Javicia Leslie would be taking over the "Batwoman" mantle as new character "Ryan"— a decision that Rose also showed her full support for. "I am so glad Batwoman will be played by an amazing Black woman," she said at the time.

From Netflix to 'Batwoman'!

Day also took to social media to share her excitement over being cast as the new "Kate," in the wake of a storyline that sees the character's appearance altered! "I'm sure you can imagine how much this means to me and how incredible it's been working on the show so far," she tweeted, adding that she's felt "so welcome."

Super excited to finally announce I'm joining the cast of Batwoman. I'm sure you can imagine how much this means to me and how incredible it's been working on the show so far. Everyone's made me feel so welcome and it's amazing being back home with my DC family ♥️ https://t.co/UJpkF1uAAC 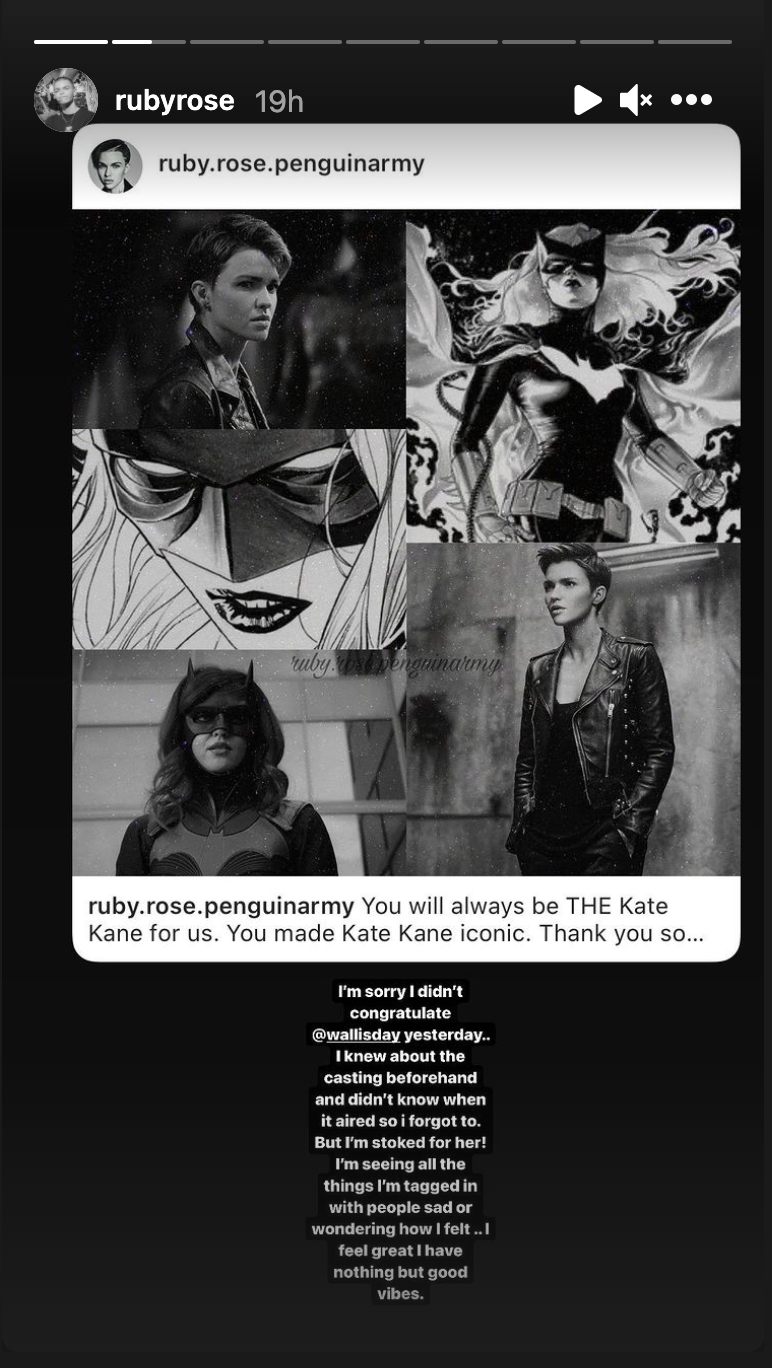