Find out who she'll play!

'The Facts Of Life' Re-Enactment Casts Jennifer Aniston And More

The Facts of Life was popular back in the '80s, and now the classic sitcom is getting a star-studded re-enactment! It was announced on Tuesday that Jennifer Aniston will be taking on one of the roles, rounding out an impressive cast of actresses. Find out more about the upcoming televised special here!

The Facts of Life will see one of its classic episodes performed by a whole new cast of stars! Jimmy Kimmel's series Live in Front of a Studio Audience plans to take on the sitcom in its upcoming instalment, and on Tuesday, it was announced that Jennifer Aniston is one of the celebrities involved.

Aniston set to play The Facts of Life's "Blair"

The Facts of Life originally aired from 1979 until 1988, running for a total of 9 seasons. The series followed a group of four young girls as they came of age over the years, along with the woman who raised them Aniston will be taking on the role of "Blair Warner" in the series. Lisa Whelchel originally portrayed "Blair," who was known for being the spoiled rich girl of the bunch.

Aniston being added to the cast of the televised special means that all of the main roles have now been filled! The other three young girls will be played by a group of notable actresses. Kathryn Hahn will take on the role of "Jo Polniaczek," while Gabrielle Union and Allison Tolman will be "Tootie Ramsey" and "Natalie Green" respectively. Ann Dowd has been tapped to play housemother "Edna Garrett". 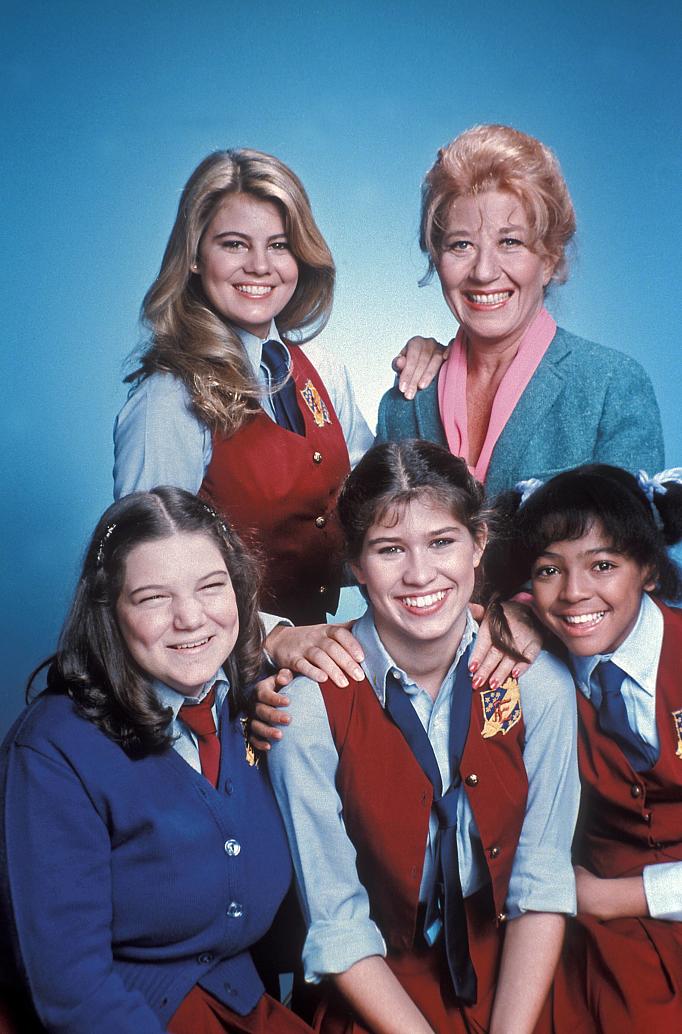 The cast of the popular show 'The Facts of Life'.
(© imago images / Cinema Publishers Collection)

"I cannot imagine a better group than Jennifer Aniston, Allison Tolman, Gabrielle Union, Kathryn Hahn and Ann Dowd," Kimmel told Variety of the casting, "and I can't wait to do their hair." As People mentions, the Facts of Life re-enactment will air on ABC on December 8 at 8 PM EST. The instalment will also see a different cast of actors re-enact an episode of another sitcom from around the same time, Diff'rent Strokes.

This Is How 'The Waltons' Fans Reacted To New Remake Movie

'The Facts of Life' Cast: Now And Then