Taking fans on her journey!

Over the past few days, Princess Mary of Denmark has been on a royal tour in Bangladesh! The crown princess shared her experiences through the Danish royal family's Instagram, explaining why she paid the nation a visit. Find out more about her latest trip here!

Princess Mary of Denmark has given royal fans a unique insight into her latest travels! The crown princess recently went to Bangladesh for 3 days, and while over there, she used the Danish Royal Family's Instagram page to share videos and photos from her visit.

Princess Mary shared several videos that saw her talking about her time in Bangladesh, looking relaxed as she speaks directly to the camera. This kind of personal approach isn't often seen from members of the royal family, which makes Mary's videos even more notable! The Daily Mail shares that the crown princess of Denmark met with Bangladesh's prime minister during her visit, and held meetings with several corporations. 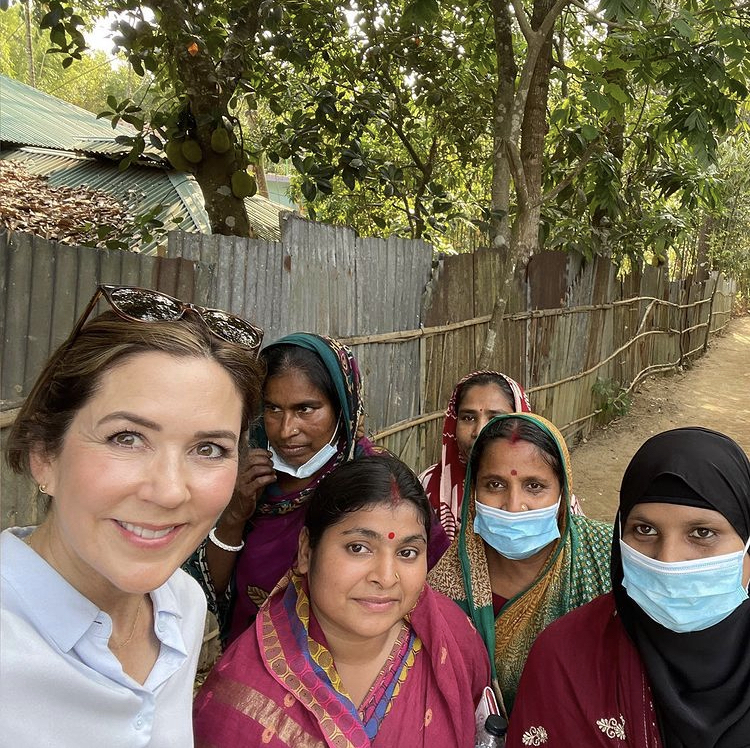 Princess Mary of Denmark shares a selfie taken during her trip to Bangladesh via the Danish Royal Family Instagram on April 26, 2022.
(© Instagram/@detdanskekongehus)

As the crown princess explained in her videos, her trip had an important significance behind it. She stated that "the focus is on the consequences of climate change for the population, nature and biodiversity," mentioning how Bangladesh in particular is concerned about being able to protect its natural resources. Mary called it "one of the most vulnerable countries" when it comes to this issue and spoke about how difficult it is to sustain living there.

William And Kate In Love On Vacation: See The Sweet New Photos

Queen Cousins: How Queen Elizabeth Is Related To Margrethe Of Denmark

Royals On Vacation: The Best Pictures

Royal tours have come under scrutiny lately, such as Prince Edward and Countess Sophie's recent visit to the Caribbean, which was called into question by locals. However, it seems as though Princess Mary's visit to Bangladesh was welcomed by those she met with, and the royal was able to bring awareness to a key ecological issue through documenting her trip!