They have to stick to them!

'Grey's Anatomy': The Actors Must Follow These Strict Rules

The popular medical series Grey's Anatomy has been around since 2005 and was created by Shonda Rhimes, who is also responsible for Bridgerton. On the set of Grey's Anatomy, the show's creator set some strict rules. Find out what the cast members are required to do!

Shonda Rhimes has specific ideas about how Grey's Anatomy cast members are to behave behind the scenes. According to Showbiz CheatSheet, there are four particular rules that have been reported, all of which have explanations behind them.

Grey's Anatomy actors have to be able to stand the smell of beef. Yes, you heard that right! It may appear on television that real people are being operated on, but of course that's not the case. Bovine organs are used to make the scenes look real. This creates a certain smell that would be hard for anyone to bear.

Anyone who is part of the cast of Grey's Anatomy should also have no problem with traveling. The will to do so is assumed, since it is true that there can be a change of location for different scenes as the show is filmed in various locations. What will surprise many is that most of the filming takes place in Los Angeles and not in Seattle, where the series is set. 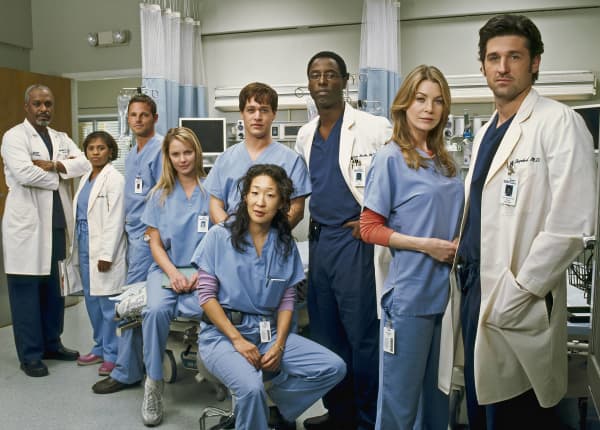 Being polite is another rule as those who do not comply risk being sent home. Not only would that be a punishment, it would most likely cost the performers their jobs. Rhimes doesn't take a joke when it comes to inappropriate behavior from the Grey's Anatomy cast. If they even insult or discriminate against others, then she fires like Isaiah Washington did. The "Dr. Preston Burke” actor was terminated in 2007, after beating his colleague T.R. Knight in a homophobic attack.

There are rightfully consequences for those who do not follow the rules of the show's creator. Last but not least, there is one more rule that demands a lot from the cast— they are required to have medical knowledge. Everyone is responsible for doing their own research, but help will of course be provided to them. There are always medical experts on set who give Ellen Pompeo and co. tips so that everything looks as real as possible.

Grey's Anatomy actors have to be pretty disciplined if they want to be successful on the show. But the working environment seems to be right, because Grey's Anatomy has been one of the most successful series out there for years. Therefore the strict rules seem to have paid off, as the show is currently in season 18 and has been renewed for season 19 as well!