She wasn't impressed by the remark...

On Monday, Gemma Chan took to social media to point out an offensive statement that was recently published in The Sunday Times. The sentence was part of the paper's coverage of Prince Philip's funeral, and the actress found it to be in bad taste. Find out what happened here!

Gemma Chan is taking a stand against racial insensitivity in journalism! On Monday, the Crazy Rich Asians star used her social media platform to speak out after The Sunday Times published a questionable remark as part of an article about Prince Philip's funeral.

Chan reposted a snippet of the Sunday Times article, which featured an anecdote about the late royal's life. In the excerpt, the tabloid mentioned how one of the things Philip is remembered for was "offending people with gaffes about slitty eyes, even if secretly we rather enjoyed them." But while it was framed as a humorous comment,  Chan wasn't impressed.

The actress said the writer of the piece "should know better," expressing her disappointment over the inclusion of the racist remark— especially given what's gone on in the world as of late. "To trivialize casual racism in the most widely read Sunday broadsheet at a point when the Asian diaspora is experiencing a surge of attacks is deeply irresponsible," Chan explained. 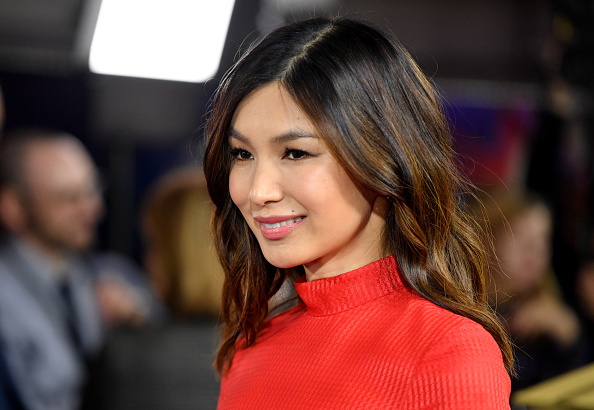 Chan advocates for "more people of colour" in journalism

Chan then went on to urge her 1.3 million Instagram followers to take action, encouraging them to add their names to a petition that demanded "a retraction and an apology" from the newspaper. She also called for change within the world of journalism where racial diversity is concerned. "We need more people of colour in newsrooms," she said.

As The Guardian shares, The Sunday Times ended up putting out a statement about the article in question a day later. "This so-called 'gaffe' made by Prince Philip was a well-known aspect of his life story," editor Emma Tucker said, mentioning that the paper "did not intend to condone" Philip's remarks. However, she mentioned that they were aware of the poorly received comment.

Supporting a cause they believe in!

"It was noted by us on Saturday night that the sentence was offensive," Tucker continued, explaining that it was omitted from online editions of the publication. She also added that journalist Christine Lamb, who wrote the article about Philip's funeral, had "never intended to make light of his remark in any way."

He totally forgot that it happened!

Mark-Paul Gosselaar Reflects On Racist 'Saved by the Bell' Scene

Calling for an end to the violence!