Rick Harrison celebrated a family milestone on Instagram. His daughter Sarina Harrison turned 21 and graduated. But Pawn Stars fans are confused about Rick having a daughter.

Rick Harrison from Pawn Stars was a proud father this weekend. On Instagram, he paid tribute as his daughter Sarina Harrison turned 21 years old and graduated university.

But some Pawn Stars fans are confused: Rick Harrison is known to have three sons, but does he have a daughter too?

First, here's Rick Harrison's tribute to his daughter Sarina. "Extremely proud dad here. My little girl becomes 21 AND an LSU graduate today!" Rick wrote on Instagram. "Know that you can achieve anything in life and you are so loved." 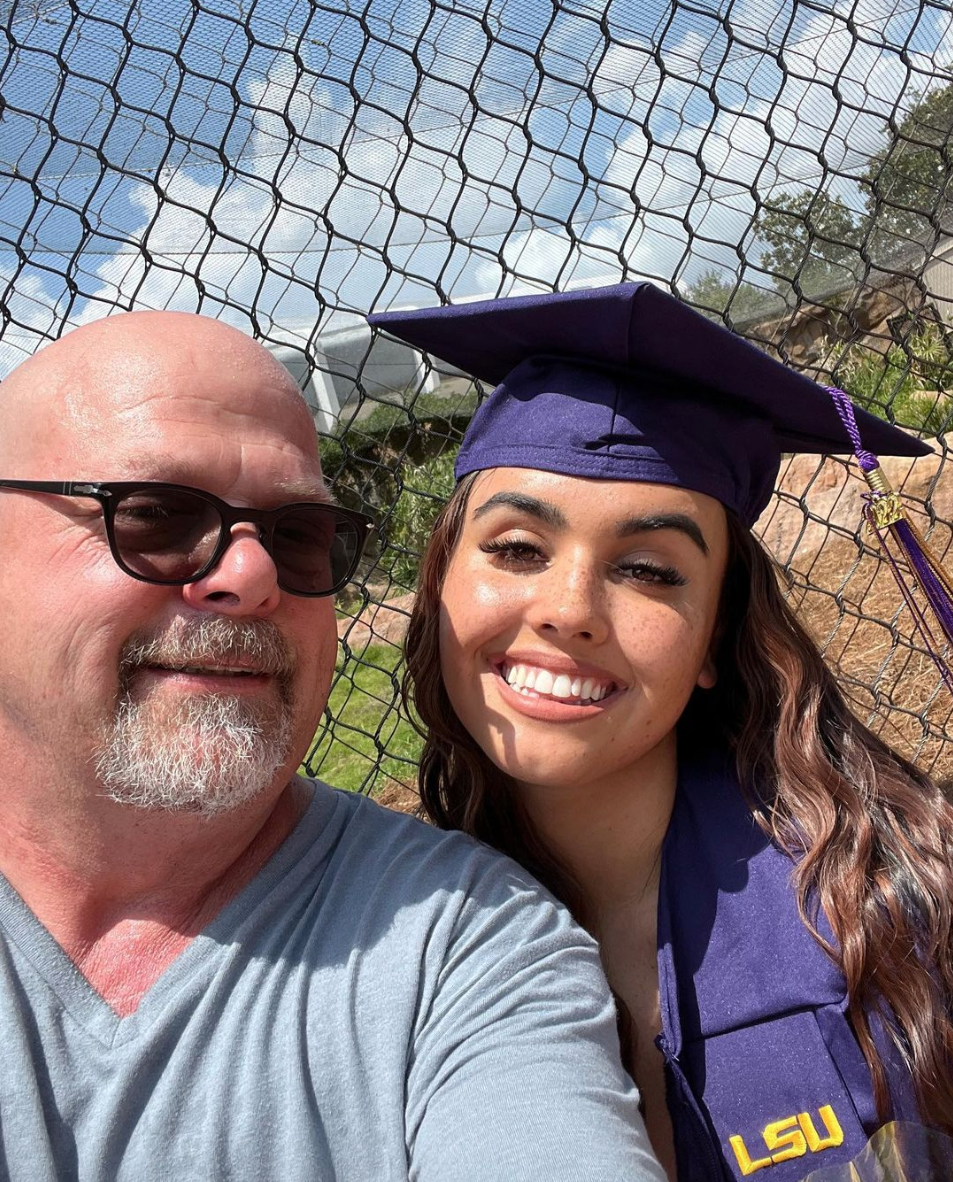 Pawn Stars fans took to the Instagram comments to congratulate Sarina and Rick. But some were also confused about Rick Harrison having a daughter.

"How many kids do you have," one fan asked. Other commenters responded: "That's his step-daughter" and "Yes—and I believe he's divorced from her mom."

After His Scandal: Is Chumlee Still On 'Pawn Stars' Today?

For Archie and Lilibet: Prince Harry Wants To Change The Law

'All In The Family': The Cast Now

And that appears to be the case. Rick Harrison has been married and divorced three times. Most recently, he was married to Deanna Burditt from 2013 to 2020.

Sarina Harrison stepped out with Rick at a few events during his third marriage, and Getty Images identified her as his daughter in 2014. So it would make sense that he is her step-father.

According to her Instagram page, Sarina Harrison is currently a baker. Rick Harrison is also the father of three sons: Corey "Big Hoss" Harrison, who appears on Pawn Stars, Adam Harrison, and Jake Harrison.