Prince Harry and Duchess Meghan have recently released their own podcast "Archewell Audio" and it is already a hit. The first episode recently went online - and it was immediately dominated by top-tier guests! Including a special surprise cameo from little Archie himself!

Prince Harry and Duchess Meghan are finally getting a shot to tell their own stories with their brand new podcast Archewell Audio. The first episode has been released on Spotify and it has a particularly impressive star-studded guest list!

The duo has really shaken up the Royal world by stepping back from their main Royal duties and leaving Britain to establish their own lives away from the harsh and cruel criticisms of the tabloids. They are forming their own charities, advocating for causes important to them like mental health awareness and the Black Lives Matter movement.

Now Prince Harry and Meghan Markle have even teamed up with Netflix and Spotify! Their brand new podcast Archewell Audio featured a star-studded guest list that Harry and Meghan asked to reflect on 2020 and what they've learned.

The theme of the episode was mental health and mindfulness, which is why they invited guests who "inspire us, people we admire."

George the Poet even dished that by the time the episode will be released he will have proposed to his girlfriend Sandra Diana Makumbi! He asked Harry and Meghan to "Wish us luck, guys." Harry hilariously responded with "George, hopefully, it was a 'yes, if it's not or if it wasn't then... this is kind of awkward so..." Luckily, Sandra did, in fact, say yes!

The biggest surprise guest on the episode was... Prince Archie! The 18-month-old gem can be heard at the end of the episode when Harry encouraged him to join their podcast. "You can speak into it," Archie's Royal dad said. Meghan asked her son, "Archie, is it fun?" and he excitedly responded with "Fun!" 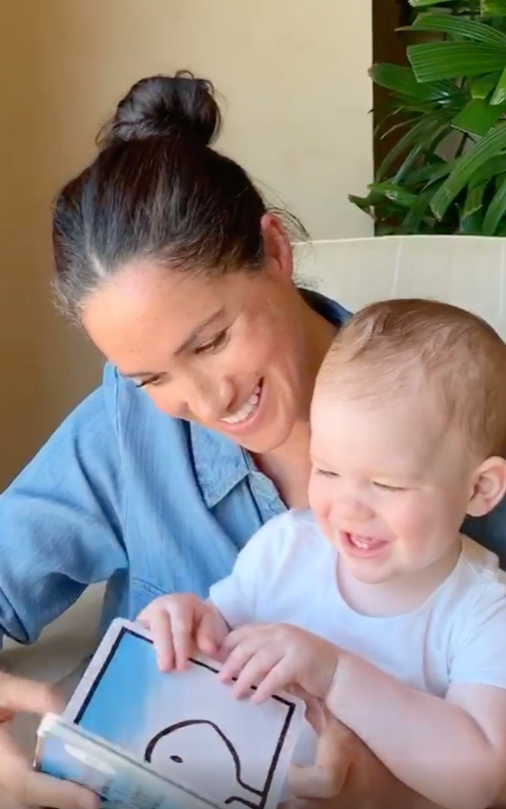 Finally, loving Harry told Archie, "After me, ready? Happy..." Archie repeated the word "Happy" and when The Duke of Sussex said "New", Archie shouted, "New year!" You can even catch his hilarious giggle that sounds almost identical to Harry's laugh!

It was Archie's big debut! The first time the public was able to hear his voice! We can't wait to get to know little Archie more and will definitely be catching their next episode!

Iman Reflects On Relationship With Her "True Love" David Bowie